The BFI London Film Festival (LFF) always brings us a great array of movies and events to look forward to and now it its 65th year, LFF 2021 looks to be no different! Moreover than that, its genre content looks as stellar as ever, ranging from mysterious time travel thrillers, to found-footage horror, to top notch animation and all the weird and wonderful things in between that we love about genre.

The London Film Festival 2021 will be presented both in cinemas and virtually, incorporating some of the most popular elements of the successful 2020 edition into the full large scale Festival model. Taking place over 12 days from 6 -17 October, the festival will be taking place over a range of London’s cinemas and this year’s full programme includes fiction, documentary, animation, artists’ moving image, short film, restored classics from the world’s archives as well as programmes of exciting international works made in immersive and episodic forms.

The Festival will also be accessible online to audiences across the whole of the UK with a specially selected programme of feature and short films available on BFI Player, with online short films and online events free to access.

Directed and co-written by Edgar Wright Last Night In Soho, follows Eloise (pictured above), an aspiring fashion designer, who is mysteriously able to enter the 1960s where she encounters a dazzling wannabe singer, Sandie. But the glamour is not all it appears to be and the dreams of the past start to crack and splinter into something far darker. Watch the trailer here…

Oscar-nominated anime director Mamoru Hosoda returns with an outstanding tale, following a socially awkward girl who transforms herself into a megastar within a virtual world.

From Julia Ducournau (Raw), Titane follows Alexia (Agathe Rousselle) a young woman who has an unusual connection with cars. After her murderous tendencies force her go on the run, she disguises herself as a boy and forms a bond with the chief of a firefighting unit (Vincent Lindon).

Directed by Lee Haven Jones, The Feast is Welsh-language horror opus which follows a young woman serving privileged guests at a dinner party in a remote house in rural Wales. However, the assembled guests do not realize they are about to eat their last supper…

Céline Sciamma’s exploration of childhood and grief follows Nelly, who has just lost her grandmother and is helping her parents clean out her mother’s childhood home. When doing so she explores the house and the surrounding woods. One day she meets a girl her same age building a treehouse – an encounter that reveals a strange new world…

All My Friends Hate Me

All My Friends Hate Me is a dark comedy about social paranoia written by Tom Palmer & Tom Stourton and directed by Andrew Gaynord. The movie follows Pete, who is cautiously excited about reuniting with his college crew for a birthday weekend. But, one by one, his friends slowly turn against him. Is he being punished, is he paranoid, or is he part of some sick joke? 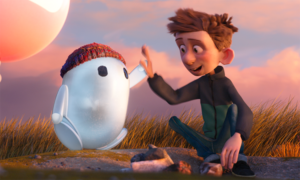 Ron’s Gone Wrong is the story of Barney, a socially awkward middle-schooler and Ron, his new walking, talking, digitally-connected device, which is supposed to be his ‘Best Friend out of the Box’. Ron’s hilarious malfunctions, set against the backdrop of the social media age, launch them into an action-packed journey in which boy and robot come to terms with the wonderful messiness of true friendship.

Clara is believed to have a special connection to God. As a ‘healer’, she sustains a family and a village in need of hope, while she finds solace in her relationship with the natural world. After years of being controlled by her mother’s repressive care, Clara’s sexual desires are stirred by her attraction to her niece’s new boyfriend. This newly awakened force takes Clara to unexplored territory, allowing her to cross boundaries, both physical and mystical. Empowered by her self-discovery, Clara gradually frees herself from her role as ‘saint’ and begins to heal herself.

From French director Lucile Hadzihalilovic, comes the story of a 50-year-old caretaker who is employed to look after 10-year-old girl. His most important task is to see to her ice dentures, which must be changed several times a day…

Riz Ahmed stars as a decorated Marine who must go on a rescue mission to save his two young sons from a mysterious threat. As their journey takes them in increasingly dangerous directions, the boys will need to leave their childhoods behind. Watch the teaser trailer here. 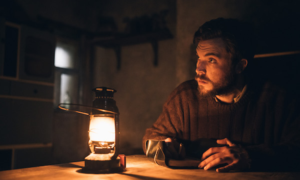 This British horror from Russell Owen follows Eric Black, who is running from grief after the mysterious death of his wife and takes a job as a shepherd. Trapped alone on a majestic weather-beaten island with an ominous secret. One mans sudden, spiralling madness meets a vengeful supernatural force. What starts as the perfect wind-swept escape becomes a race to save his sanity and his life. Watch the trailer here.

A mini series from Yeon Sang-ho (Train To Busan) and due to be released on Netflix, Hellbound tells the story of supernatural beings appearing and condemning people to hell resulting in a religious group gaining prominence while others investigate the truth behind this strange phenomenon.

From Stefan Ruzowitzky (The Counterfeiters) Hinterland follows former detective Peter Perg (Murathan Muslu) who, after returning home at the end of World War I having spent years as a prisoner of war, joins forces with forensic doctor Theresa Körner (Liv Lisa Fries) to solve the murders of fellow POWs.

From REC director Paco Plaza, La Abuela follows Paris model Susana who has received the devastating news that her grandmother, Pilar, who had brought her up, has had a stroke. Returning to Madrid to care for her, Pilar’s behaviour soon turns bizarre and Susana must confront secrets of her past as she’s forced into an unexpected nightmare…

This British horror film, directed by Ruth Paxton and written by Justin Bull, follows widowed mother Holly, who is radically tested when her teenage daughter Betsey experiences a profound enlightenment and insists that her body is no longer her own, but in service to a higher power. Bound to her newfound faith Betsey refuses to eat, but loses no weight. In an agonising dilemma torn between love and fear, Holly is forced to confront the boundaries of her own beliefs. 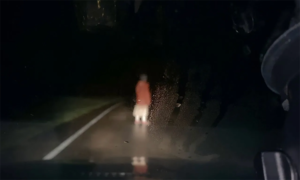 Host director Rob Savage teams up with Blumhouse Productions to scare us once again in Dashcam, which follows Annie, who travels to the UK to escape US COVID-19-related lockdowns and tries to continue filming her provocative live-streamed Band Car show. However, then she meets Angela…

From director Fabrice du Welz, Inexorable is a twisted thriller about the lives of a wealthy publisher and her novelist husband, Marcel Bellmer, who are relocating to a family mansion. However, their lives are changed forever the new housekeeper Gloria shows up at the door…

A supernatural mockumentary, The Medium finds a documentary team visit a remote mountain village in Thailand where they meet Nim, a shaman who has for many years served as physical host for the benevolent goddess Ba Yan. However, after Nim’s niece and supposed next family member to be possessed starts acting strangely, they find out that Ba Yan may not be the Goddess they make it out to be… 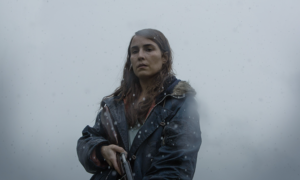 Lamb tells the story of a couple, María (Noomi Rapace) and Ingvar (Hilmir Snaer Gudnason) who live with their herd of sheep on a beautiful but remote farm in Iceland. When they discover a mysterious newborn on their farmland, they decide to keep it and raise it as their own. The couple are overwhelmed with joy at the unexpected prospect of this new family, and blissfully unaware that chaos and revenge now awaits them…

Mona Lisa And The Blood Moon

Directed by Ana Lily Amirpour (A Girl Walks Home Alone at Night) and starring Kate Hudson, Mona Lisa And The Blood Moon follows Mona who has the psychokinetic ability to control the actions of others. When she escapes the psychiatric facility in which she has been locked up, Mona flees to New Orleans where she meets street smart-stripper Bonnie (Hudson) and her son, who find a way to use Mona’s powers for financial gain…

This series sees, a small group of scientists on a remote base in Norway uncover a mysterious rope, apparently endless, skirting their observatory and disappearing into the vast expanse of surrounding forest. Some will follow it, others will remain. As the initial fascination transforms into a quest to unravel the mystery, all will be confronted with the life-changing consequences of their choices.

Charlotte Colbert’s strikingly gothic film explores the story of Veronica Ghent (Alice Krige) who after a double mastectomy, goes to a healing retreat in rural Scotland with her young nurse Desi (Kota Eberhardt). She discovers that the process of such surgery opens up questions about her very existence, leading her to start to question and confront past traumas. The two develop an unlikely bond as mysterious forces give Veronica the power to enact revenge within her dreams.

Maya And The Three

This new Mexican fantasy series (soon to be out on Netflix) is set in a fantastical world filled with magic, where a Mesoamerican-inspired warrior princess embarks on an epic quest to fulfill an ancient prophecy and save humanity from the vengeful gods of the underworld.

The London Film Fesival will be taking place from 6 -17 October. Find out more at the LFF website here.