Is there a better way to celebrate that unholiest of seasons – Halloween – than by scaring yourself witless in a cinema full of fellow horror buffs? We can’t think of one but if you can, please send us your answers on a postcard.

Luckily, those terrifying folks over at FrightFest (not really, they’re lovely) are giving us more gory goodness in the form of an extension on their popular summer film festival with a special Halloween line-up.

Yep Arrow Video FrightFest is back at the Cineworld, Leicester Square with a bumper two-day Halloween event on Friday 29 Oct and Sat 30 October, presenting nine fear-packed premieres from around the world, incorporating World, International and UK premieres.

Check out the full line-up below. Passes and tickets are on sale now priced at £69 for a full pass, £30 for a Friday day pass, £50 for a Saturday day pass, and £15 single tickets. Book yours here. 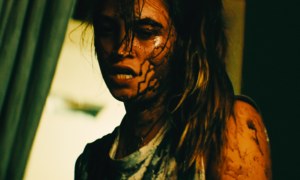 Three girls head to a luxury house in the Mojave Desert for a chill out weekend and film a once-in-a-lifetime meteor shower for their social media channels. But when a strange creature suddenly lands in their swimming pool, what was intended to be Party Central escalates into a weird tale of horror, death and alien invasion. 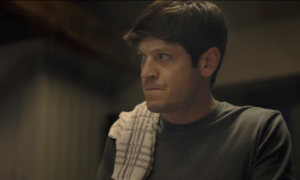 Interweaving timely satirical commentary about modern masculinity, greed and social media influencer culture with the more brutal, violent and primal aspects of a home invasion chiller, Iwan Rheon (Game Of Thrones) is the beta male who must rise up against alpha Tom Cullen as secrets are revealed, lives are ruined and chaos reigns. 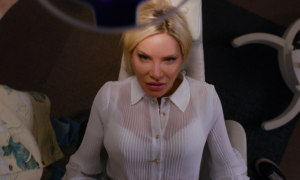 Jacob Chandler is just an ordinary man with an extraordinary gift. The epitome of the accidental exorcist Jacob and his nephew Liam have forged a career clearing demons from the bodies of their clients. Of late, something has changed as possessions have increased and when he meets Liam’s new girlfriend Atalie, he recogniaes a like, untrained mind. Both must unite to uncover the multi-layers of deception to keep those he loves safe from death-defying harm.

Pennywise: The Story Of It  (UK Premiere) 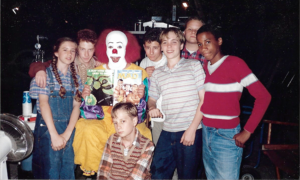 Why did Stephen King’s epic bestseller IT become a major pop culture TV event? The two-part miniseries about small town pre-teen outcasts battling a predatory monster made clowns a horror movie staple and Tim Curry’s portrayal of the sinister shape-shifter Pennywise a scary classic. In this documentary, cast, crew and experts, including director Tommy Lee Wallace, teleplay writer Lawrence D. Cohen and Rocky Horror star Curry, shine an incisive spotlight on the trials and tribulations of bringing King’s tale of phobic terror to the small screen. 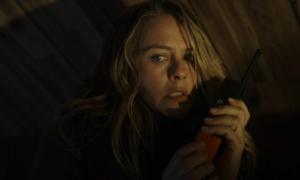 Troy and his son Jake have been living off the grid for over 20 years. Every day is a fight for survival with Troy warning his son of dire consequences should he go beyond the barriers of the woodland Utopia they have built together as all interlopers are dealt with in the most brutal fashion. But the sheltered and naive Jake is naturally becoming curious about life outside their isolated wilderness. And a chance encounter with a beautiful stranger is about to see their world unravel in a shocking flood of secrets, lies and home-grown horror. 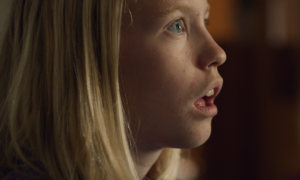 During the dog days of a bright Nordic summer, a group of pre-adolescents living in a suburban high-rise complex are left to their own devices. Slowly they reveal their dark and mysterious psychic powers when the adults aren’t looking and before long their playtime takes a dangerous and deadly turn. Soon their capacity for cruelty, loyalty and self-sacrifice reaches a terrifying conclusion. 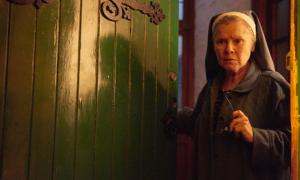 Homeless soldier Tomaz is offered shelter at a decaying house. Soon he’s falling in love with his other lodger, Magda, who looks after her dying, invalid mother in the attic. But he can’t shake the feeling that something truly sinister is going on… 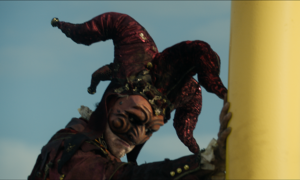 Tourists are blighting Venice and their arrogant behaviour has unleashed the rage of The Floating City locals fed up with sightseers pouring off enormous cruise liners. To halt the invasion, some have got organized, giving free bloody rein to their instinct for survival. And as Carnival season begins a group of Spaniards arrive determined to have fun, oblivious to the problems around them and the fact they will soon be fighting for their lives. 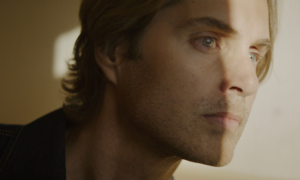 David is an obsessive photographer who wants to snap a picture of an ultra-rare bird that will make his fortune. Invited with his girlfriend Sarah to a desert getaway close to the bird’s habitat, they meet Father Jake who befriends them and introduces the couple to a bizarre community lifestyle. Soon fortune, fame and mending their fading relationship takes a sinister turn at the hands of Father Jake’s cult where they face demons from the past, present and future.