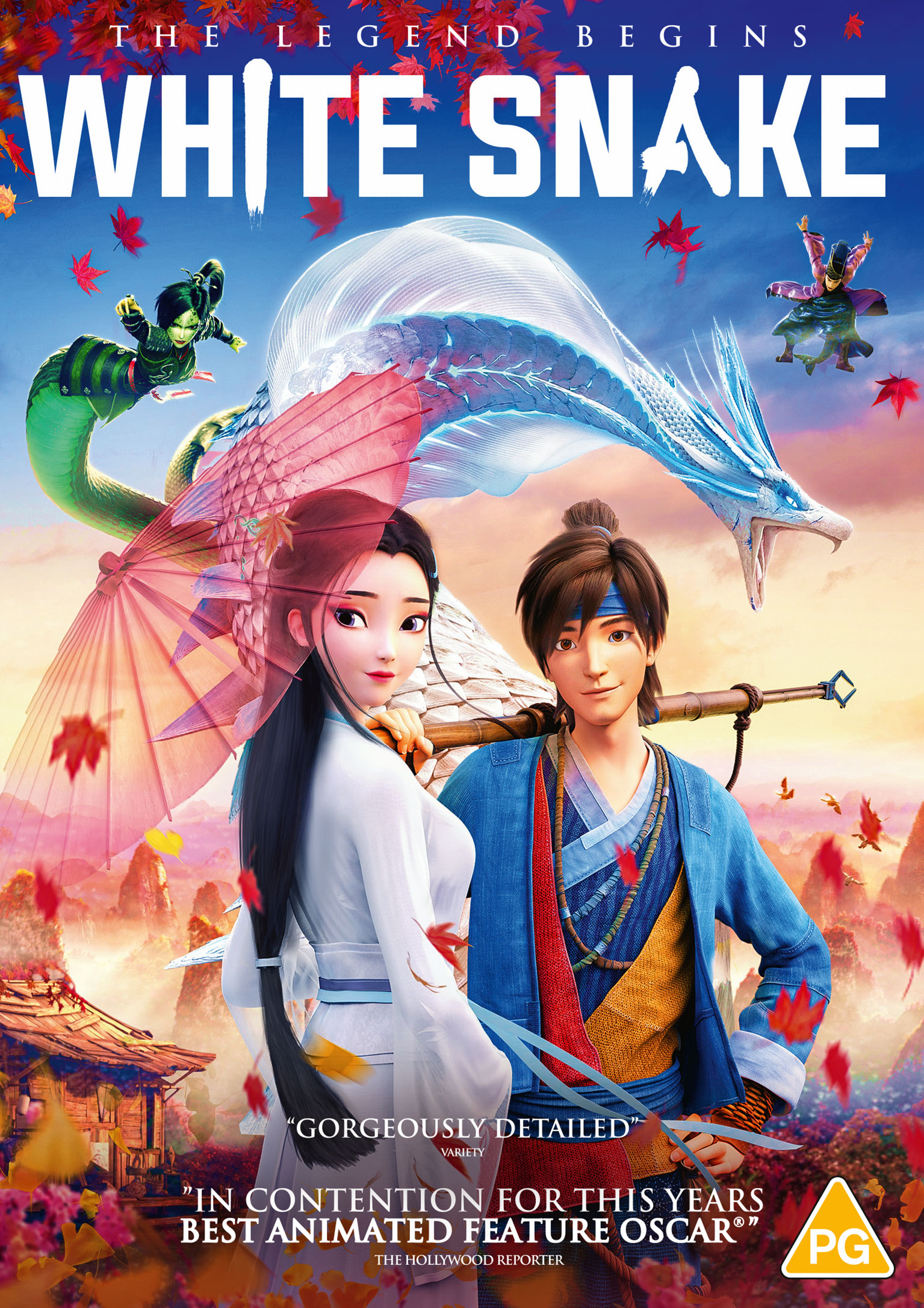 Chinese cinema has enjoyed some major success in the West, though that has been predominantly with martial arts movies, particularly during the early Noughties when films such as Crouching Tiger, Hidden Dragon, House Of Flying Daggers and Hero were on everyone’s lips and pulling in the big bucks at the box office. Things have been a little quieter of late and one area where Chinese cinema has always seemingly struggled in terms of making an impact on an international level has been in the field of animation. Where anime is something of a worldwide phenomenon and the likes of Naruto and Dragon Ball have been raising armies of young weebs worldwide, aside from Mulan and perhaps Kung Fu Panda – both of which were produced outside of China – the myths, legends and culture of China itself have lacked true mainstream representation in something homegrown.

Now, however, all that is set to change with the arrival of White Snake (no, not the British rock band) from Light Chaser Animation, one of China’s premier animation studios, based on what is described as ‘one of the most ancient and enduring stories in Chinese history’.

Directed by Amp Wong and Zhao Ji, White Snake tells the story of our heroine, Blanca (voiced by Stephanie Sheh), who is rescued by the dashing Ah Xuan (Paul Yen); he’s from Snake Catcher village and she’s a snake demon so that’s bound to cause some friction… except it doesn’t because he doesn’t actually want to catch snakes and she’s lost her memory. Thus the adventure begins and they set out together to help her find out who she is, maybe fall in love along the way and stop the big bad general who is, well, just bad really.

The things that White Snake does well it does very well and aesthetically this film is astonishing – the art style is gorgeous and the world it depicts is vivid and vibrant; it’s a veritable feast for the eyes and yours will gorge themselves on the visual banquet before them. The music, too, is wonderful; a beautiful, haunting and traditionally Chinese soundtrack that will genuinely give you goosebumps at times. In terms of overall presentation, this film is hard to fault. Sadly, everything else plays second fiddle to that and the content of White Snake just can’t quite match what those looks promise.

A lot is crammed into White Snake’s 99-minute runtime, and it feels like there’s a much bigger story it could tell but doesn’t have the time to do so; there’s not a whole lot of exposition beyond a bare-bones voiceover at the very beginning and so you’re left to fend for yourself. Not much is explained, characters appear without any introduction and things happen without any clarification, leaving you a little bewildered at times. That’s not to say that the basic story is hard to follow – it isn’t – but it’s the story around the central plot that isn’t touched on and so you sometimes feel like there’s this whole world outside of White Snake’s main tale that you never get to find out about. Because there’s so little background and because everything feels rushed, you as the viewer don’t have time to feel connected and invested in it all.

Also, as rich and beautiful as the world of White Snake is, the animation can’t quite match the scenery that Light Chaser Animation’s artists have created. It’s good, especially considering its meagre US$11.2million budget, and there are some great action sequences but it lacks that ultimate level of polish that we’ve come to expect and its human characters can sometimes look and feel a little flat.

All that being said, it is an entertaining film. It tells a story of love and acceptance, it’s got a beautiful heroine who kicks some ass, and special mention has to go to the fox demon boss lady who runs the Precious Jade Workshop and who is, without question, the best character in the entire film. Equal parts sexy, creepy and evil, she single-handedly steals the entire show as well as being part of possibly the whole film’s most spectacular sequence.

Even she can’t turn an average film into a great one, though, and ultimately, White Snake’s pacing means a lot is left untold, which leaves you feeling a little unsatisfied. It just lacks that special something and ends up being just fine, rather than fantastic.