We have a double-header of good news for you Van Helsing fans! Not only has the final, fifth season of the show landed on Blu-ray, but all FIVE series of the show will be available in a rather fetching box set (below). 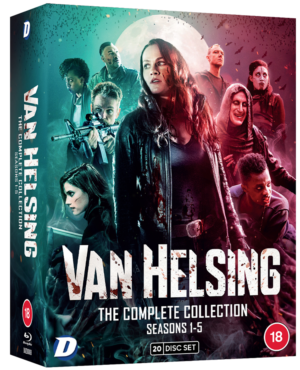 Inspired by the Helsing graphic novel series, Van Helsing sees vampires now dominate the world, following an event referred to as ‘The Rising’.

Vanessa Van Helsing, the great-great-great grand daughter of vampire hunter Abraham Van Helsing, is resurrected to lead the surviving humans in their struggle against the vampires.

Van Helsing The Complete Collection features all 65 episodes from every season, including the eagerly awaited fifth and final season.