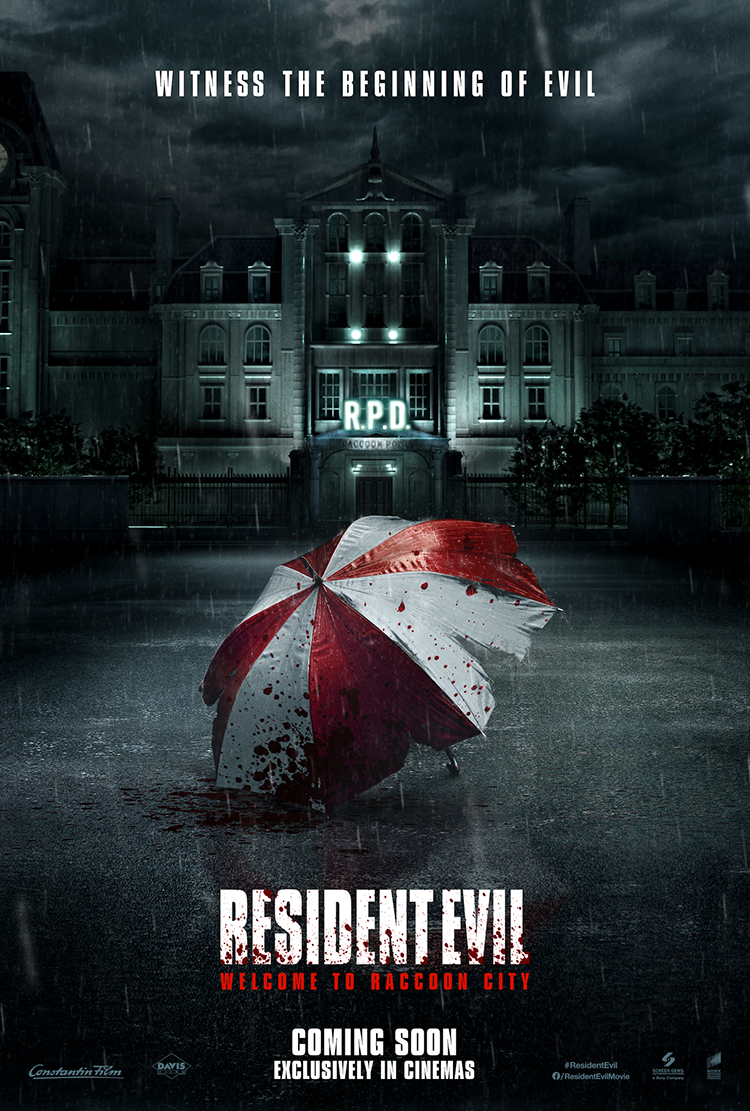 Six films and over a billion dollars later, the Resident Evil movies are undeniably successful. But like many video game adaptations, the stories deviated so strongly from the source material, that it soon became Resident Evil in nothing but name. However, with the release of Resident Evil: Welcome to Raccoon City, that’s all squarely in the rearview mirror.

Written and directed by Johannes Roberts, we are transported back in time to 1998 for a nostalgic exploration of the origin of the T-virus, Lickers and Wesker himself.

The plot follows Claire Redfield as she returns home to the pharmaceutical town of Raccoon City in an attempt to uncover a scandal at The Umbrella Corp, the town’s benefactor. Unfortunately for Claire, she arrives just in time to witness the fruition of Umbrella’s nefarious deeds as a biohazard is unleashed, transforming the unwitting townsfolk into shuffling, undead flesh-eating zombies. With the virus out of control, the city is soon locked down and Claire and her estranged cop brother Chris must team up with rookie Leon Kennedy and badass veteran Jill Valentine to uncover the truth behind the outbreak and try to escape the nightmare.

It’s clear from the very beginning that Roberts really cares about making a faithful adaptation of a beloved game. Mashing up the plots of the first two games, Welcome To Racoon City features both the iconic mansion and the city’s police station as zombie battlegrounds. Bundle that up with a palm pilot and some banging tunes and you’re on track for Nineties nostalgia overload.

Despite working with undeniably underwritten characters, stars Kaya Scodelario, Hannah John-Kamen, Robbie Amell and Tom Hopper bring an unbridled level of passion and commitment to their roles. The set and costume designs are meticulous re-creations. So much so that when it’s all coupled together with some intelligent sound design, there is a taciturn tangibility to the heightened and insane mayhem of Resident Evil.

If you were a fan of the original PlayStation games, then Resident Evil: Welcome To Raccoon City will play right into a rose-tinted sentimental sweet spot. It is a respectful homage to what is the standard-bearer of zombie horror games, systematically ticking off the deepest desires of a gamer’s wish list. However, if you’ve no affinity for the original Capcom series then what you are left with is a slightly unimaginative B-movie zombie horror. It’s still dressed in plenty of style and packs some delicious horror chops but it’s a film that provides little in the way of originality in plot or characterisation.

The Resident Evil games were traditionally survival horrors, and although there was action in them, the real draw of the games were the jump scares and trepidation with which you entered the dark unknown spaces. Welcome to Raccoon City recognises that what worked so well for the early games works really well in a movie format. Jam-packed with creepy music, ominous foreshadowing and a boatload of body shocks and jump scares, there’s no denying that this is a pulse-pounding popcorn horror movie. Don’t expect any deep and meaningful hidden messages here, instead just sit back and enjoy having your heart rate elevated at every turn.

Order yours here and read our full interview with writer and director Johannes Roberts here.

The Craft: Legacy Review: Spells Like Teen Spirit
< Previous
Next >