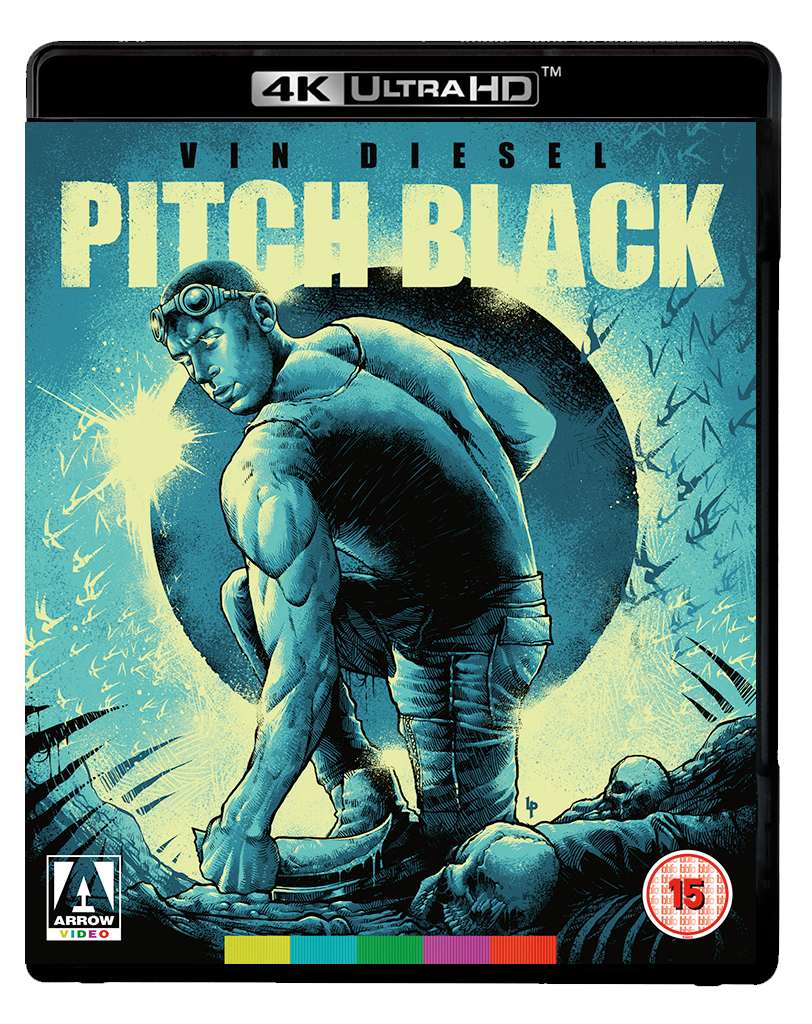 After their spaceship is damaged by a comet and crash lands on a seemingly desolate planet, a ragtag group of the ship’s survivors discover the remaining inhabitants to be bloodthirsty nocturnal creatures, biding their time in the shadows waiting to pick them off. When there’s an unexpected eclipse, their last hope of survival lies with the prisoner they’ve been travelling with, Richard B Riddick (Vin Diesel) – an untrustworthy, smooth-talking former outlaw turned killer who just so happens to have had eye surgery while in prison to enable him to see in the dark.

Diesel’s breakout performance as the all-action anti-hero is what truly elevates proceedings, demonstrating how he used this platform so effectively in springboarding himself to Hollywood stardom. Radha Mitchell also offers up a fine performance as Carolyn, who’s pushed into the role of make-shift leader whilst fighting with her own survivors’ guilt.

Sure, the special effects may feel a little dated but considering the low budget, there is a well-executed focus on camera work and sound design here to compensate, which in turn offers a distinctive feel and tone. Without taking it all too seriously there’s some great fun to be had in this sleeper hit, and a welcome reminder of what there is to love about the genre.

This definitive Ultra HD 4K restoration looks great and is packed with hours of exclusive bonus content, featuring theatrical and approved director’s cuts of the film. There is also a making-of documentary, newly filmed interviews with the cast and crew, an animated short The Chronicles of Riddick: Dark Fury and plenty more.

Pitch Black is set for Ultra HD 4K and Blu-ray release on 17 August 2020 from Arrow Video.