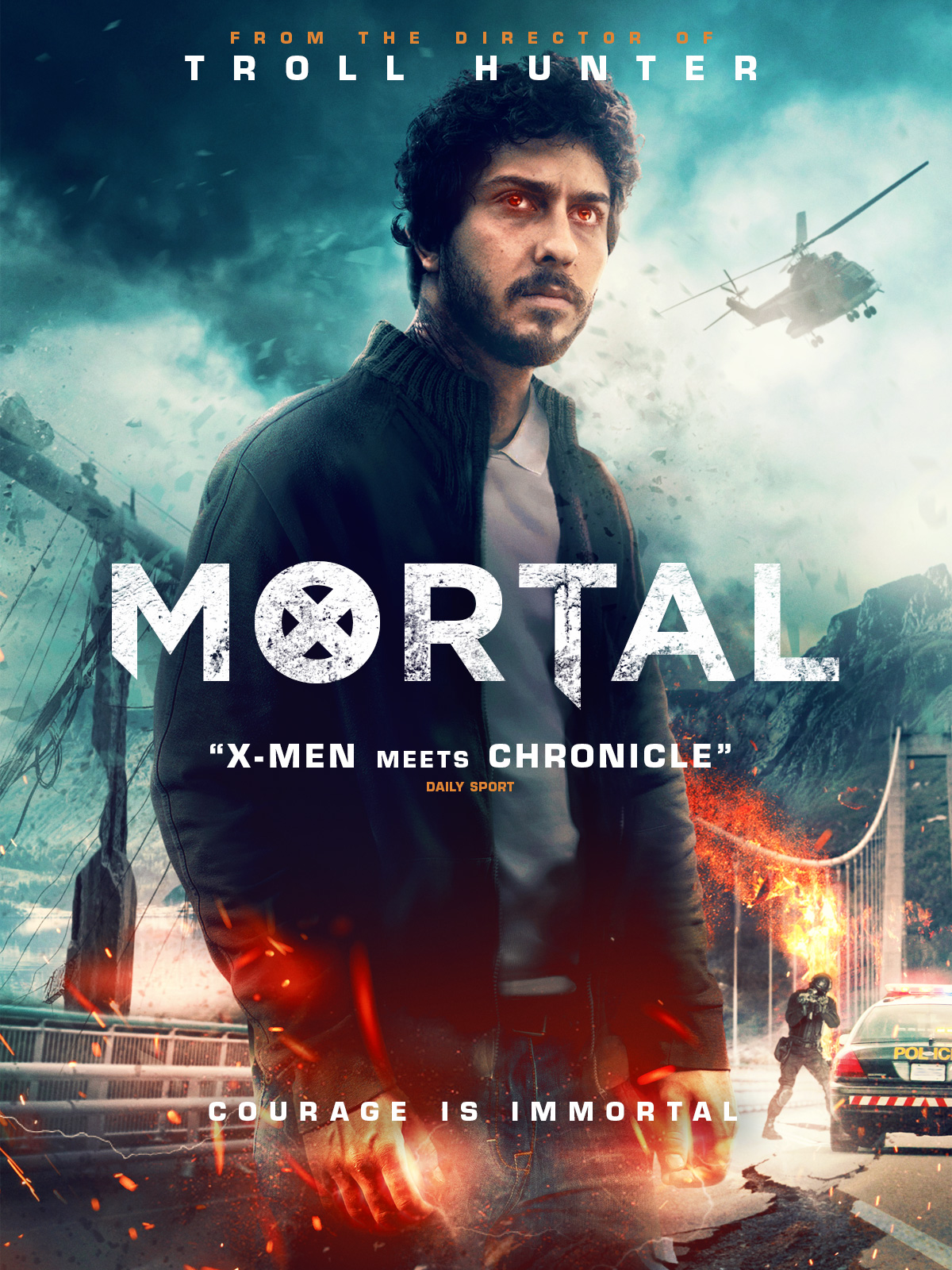 After going into hiding for three years following a mysterious farm fire that killed all its residents, American backpacker Eric (Nat Wolff) emerges in a small Norwegian town. Upon a tragic confrontation with one of their locals and being arrested, Eric is questioned at the police station by troubled young physiatrist Christine (Iben Akerlie), where he reveals that he has uncontrollable god-like abilities to manipulate the weather around him.

With the two feeling an immediate connection, Christine agrees to accompany Eric on a trip back to that fateful farm to find out what happened to him. But with the authorities on his back and his powers getting more destructive, Eric must find out whether his abilities can be positively harnessed, or if they’ll become too overwhelming for him to control…

There are elements to the grittier tone of Mortal that viewers will be familiar with (Brightburn, Chronicle), but what director André Øvredal does so well here is toy with the narrative, which shifts tonally as the story unfolds. Steering the focus towards ancient Norse mythology and religious themes feel a lot more grounded than what we’ve seen more recently from the Marvel universe, and subsequently provides a welcome change of pace.

Interestingly, Robert Sheehan was originally cast as Eric and could have given a relatively lighter take on the role. However, Wolff more than capably fits into the moody character’s shoes, whilst establishing a somewhat rushed but believable bond with Akerlie’s vulnerable and supportive Christine. Given the story’s focus, their relationship could have been given a bit more room to blossom; with their performances displaying an underlying sense of untapped chemistry that’s never fully realised.

Visually, the Norwegian setting provides a gorgeous backdrop; you’d be forgiven for thinking that, at times, you’re watching a feature-length version of a ‘visit Norway’ ad. Opting for more of a slow burn style of storytelling as opposed to an over-reliance on CG and action-heavy set pieces is an admirable approach, although the placement of these could have certainly been a bit more balanced (especially towards the latter half).

Superhero genre fans may struggle to get on board with Mortal due to its somewhat dark and joyless nature, but overall, Øvredal offers up a bold approach with this modern-day Nordic-themed origin tale.