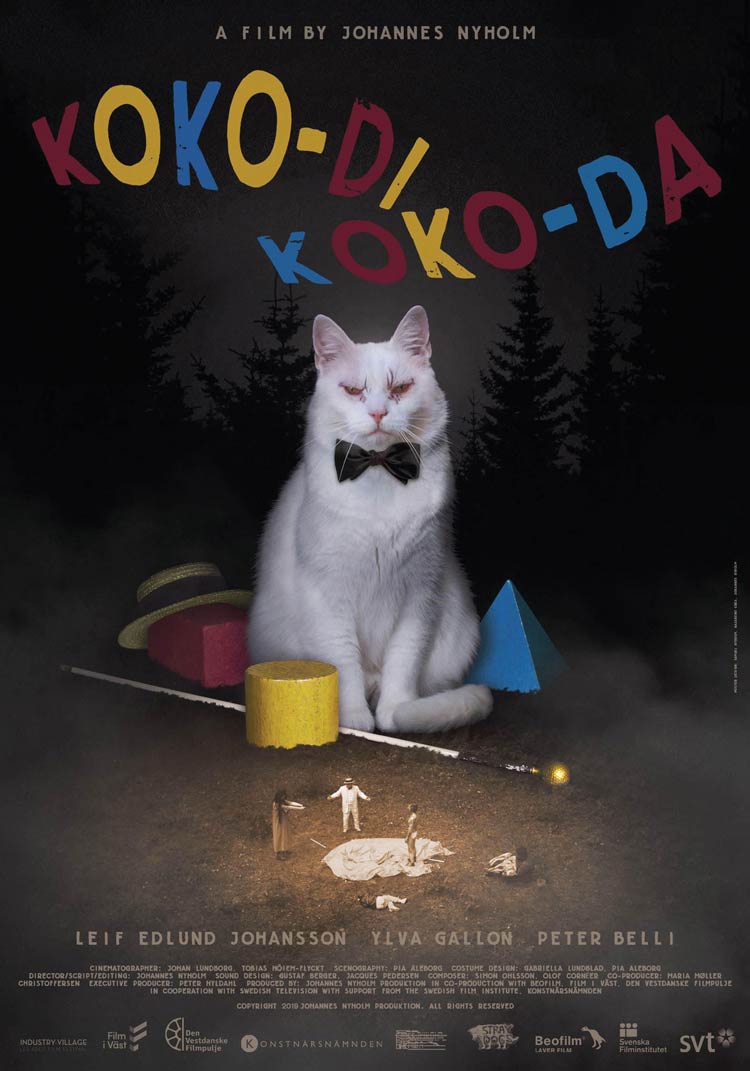 On a day out in Denmark just before her eighth birthday, young Maja (Katarina Jakobson) tells her parents, Elin (Ylva Gallon) and Tobias (Leif Edlund), that she wishes the day could last forever. The day will end up playing in her parents’ minds in perpetuity, though not for the reasons that the happy child intends.

And in Swedish writer-director Johannes Nyholm’s Koko-di Koko-da, a literal never-ending quality will take effect for another dreadful day in the aftermath.

Tragedy follows, and three years later the couple are back on the road once more. Taking a trip to find their way back to each other from a state of freefall, their overnight camping in the woods spells disaster. In the dusk hours of the morning, an entourage of creepy, nursery rhyme-singing individuals – accompanied by both a deceased pet and a very much alive and threatening one –  attack their tent. Elin is assaulted and seemingly killed, while Tobias cowers and hides. He doesn’t last long as the bowler hatted dandy-like leader (Peter Belli) of the pack pulls a Mr Burns and releases the hound on him.

That would appear to be the end of the couple, except Nyholm rewinds the narrative back to them in the car from earlier and arriving again at their campsite, with different nuances to the story direction we saw maybe 20 minutes before. The same attack events ensue, except Tobias seems to have a degree of precognitive awareness of what’s about to go down.

A more melancholic, ethereal riff on the narrative formula of Groundhog Day or, indeed, Happy Death Day, Nyholm’s horror fable is a fascinating and genuinely unnerving exploration of people stuck in a cycle of grief they can’t escape. It combines absurdist excursions with genuine emotional weight concerning trauma, loneliness, abandonment, guilt and resentment. And just when you think you’ve cracked its unrelenting narrative games, things veer wildly off course.

It’s a tough watch, but few films have achieved the feel of a waking nightmare quite like this.

Koko-di Koko-da will be released exclusively on BFI Player on 7 September and is available on Blu-ray and digital from Picturehouse Entertainment.