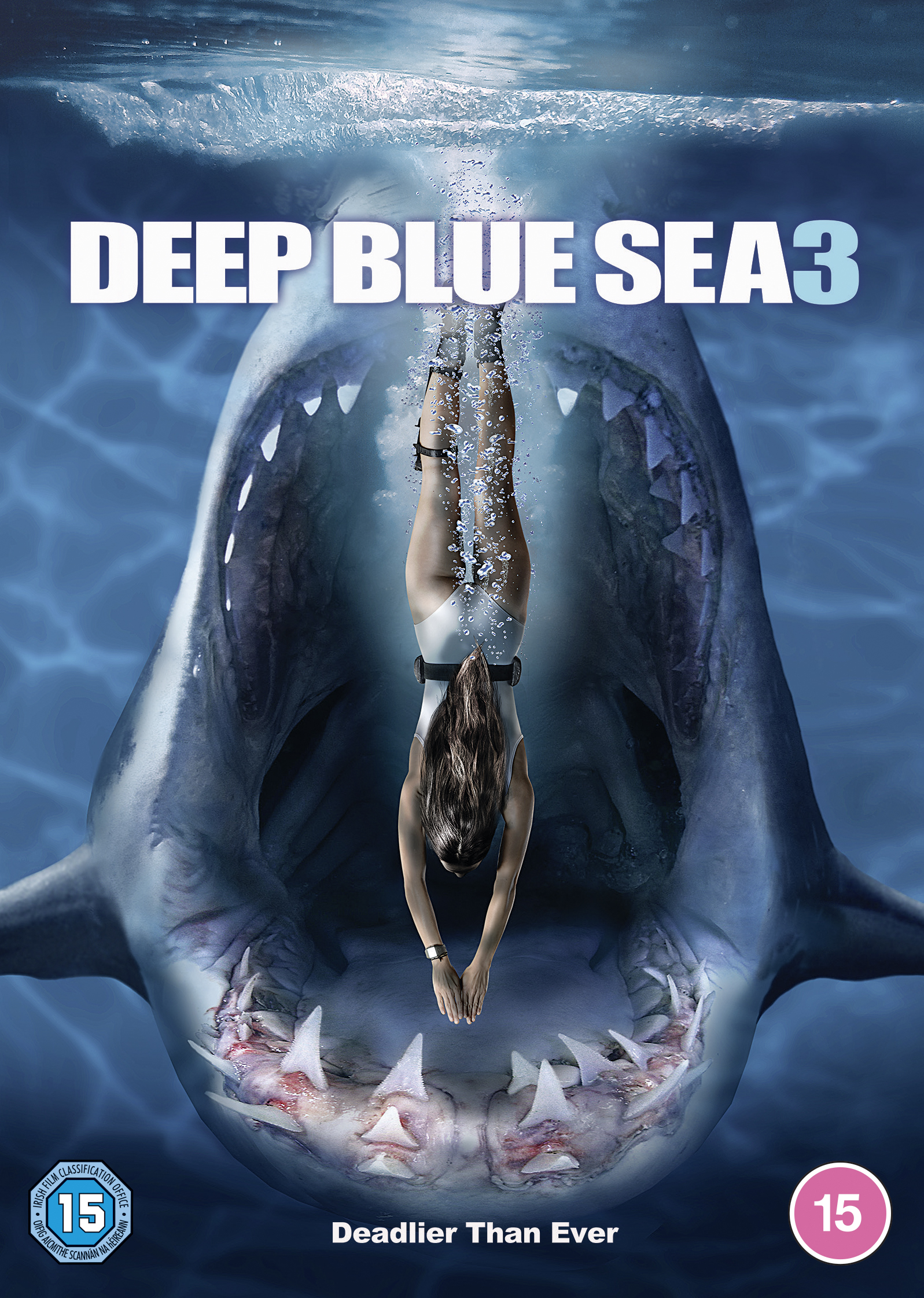 For those out there familiar with the original 1999 Deep Blue Sea film starring Samuel L. Jackson and LL Cool J (ah the Nineties) you may remember it for its beautifully straightforward plot (genetically engineered sharks go on a crazy, murderous rampage), its jump scares and its surprising (and increasingly gory) deaths.

Along with her crew which includes an ex-marine (Emerson Brooks) and two research scientists (Reina Aoi and Alex Bhat), she’s happily studying the effects of climate change on sharks when her ex (Nathaniel Buzolic) sails up to the island on a fancy research boat that has suspiciously buff fellow research scientists and an obviously nefarious Bren Foster (seriously, if he had a mustache he would be twirling it) on board. Insisting that they’re there for the greater good, Collins teams up with her ex when he tells her that he’s followed aggressive Bull Sharks to the area that have attacked humans and he’s there to make sure they won’t do harm to anyone else.

Aggressive genetically-engineered sharks? Check! Probably evil corporation? Boo! Hiss! Check! Horrifically gory and surprising deaths? Oh hell yes that’s a check. Add to that the wonderfully charismatic cast (Raymonde and Aoi are stand-outs here) and absolutely gorgeous cinematography and you have a fun monster horror film that’s perfect for a Friday night at home over some freshly made popcorn.

Deep Blue Sea 3 has surprises all round – it looks stunning, the acting is mostly great, it’s enthralling and it’s just a very good addition to a franchise we had largely forgotten about (though we still can’t get that shocking death scene from the first movie out of our minds – you know the one). The only disappointment is that they didn’t call it ‘Deep Blue 3’…

Deep Blue Sea 3 is out on DVD now from Warner Bros. Home Entertainment.