From DreamWorks’ Ghost in the Shell to Netflix’s upcoming Cowboy Bebop and beyond, the vast reservoirs of anime and manga stories are fast becoming the latest rich resource for Hollywood-style film and TV, but as the recent release of Rooster Teeth’s sci-fi series gen:LOCK has shown, the influence of Japanese media isn’t just limited to adaptation. So here’s our pick of five western made works that were inspired by Japanese anime and manga. Anyone familiar with the Oscar winning director Guillermo del Toro will know that not only does he draw influence from films the world over, but he embraces the fact that he’s a massive nerd. His 2013 sci-fi monster hit Pacific Rim takes more overt inspiration from Toho’s Godzilla films, with “kaiju” even being adopted as a loanword for the film’s monstrous threat. The Jaegers that fight them however, came from another corner of Japanese pop culture. You guessed it: anime!

Giant, human-piloted robots have become so synonymous with anime that they’re practically a mascot for the medium. Popularised by the 40-year old Mobile Suit Gundam franchise, “mecha” has become its own sub-genre seen even recently with the likes of DARLING in the FRANXX and PROMARE. 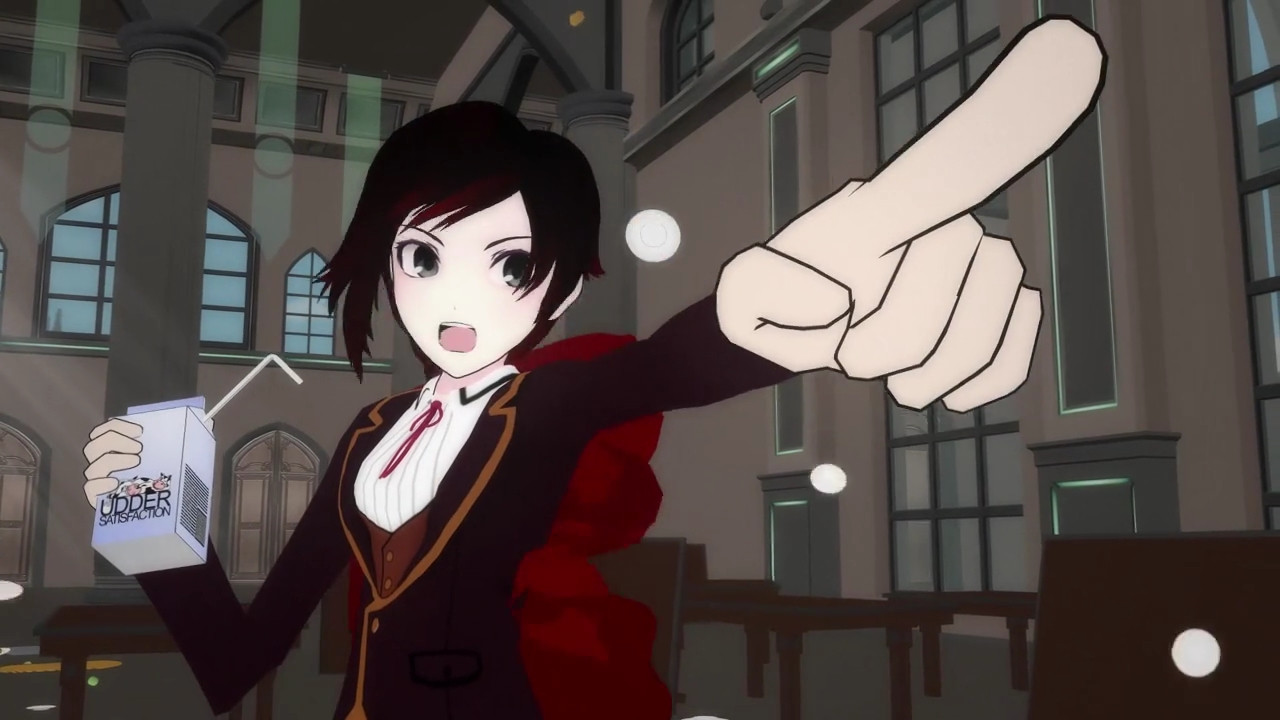 The influence of Japanese anime on Rooster Teeth’s popular web series is clear from just a glance. Although a CG series produced in America, the art style of its characters’ designs are distinctly “anime”, and wouldn’t look out of place in a Japanese-made title. The use of bold and recognisable signature colours also calls back to traditions used by “magical girl” anime from the popular Pretty Cure, to the more obscure (but brilliant) Symphogear.

The series resonated so strongly in Japan that, despite western debates on whether it actually is anime or not, RWBY has since received with welcome arms in Japan, with a Japanese language dub and multiple manga adaptations, with the latest even published in the Shonen Jump magazine of Dragon Ball and Naruto fame!

Spider-Man: Into the Spider-Verse

When Kingpin’s collider tears a rift in the multiverse and sends several alternate reality web slingers to Miles Morales’ New York, this critically acclaimed spin on Marvel’s iconic hero goes all out in exploring the wacky possibilities of other realms, both narratively and visually.

The film isn’t just a tribute to Spider-Man’s legacy, but also to animation across the world. Spider-Ham is an instantly recognisable, charming callback to Looney Tunes, but the film also paid tribute to animation from across the pacific, with Peni Parker.

Her being from an advanced New York in the year 3145 and use of the SP//dr mobile mech already shows inspiration from the cyberpunk metropolises of Ghost in the Shell and more, but even the animation of her poses and gestures were designed to more closely resemble anime like Sailor Moon, creating a distinctive and otherworldly look compared to the CG of Miles’ reality.

For the legendary sci-fi’s films action sequences, Lana and Lilly Wachowski looked for inspiration in anime films of the era, like Ninja Scroll and Akira. It’s in Mamoru Oshii’s Ghost in the Shell, where they found their most recognisable homage, however.

The Matrix’s producer Joel Silver once said that the Wachowskis presented him with the cyberpunk anime as an example of what they wanted the film to be, and the iconic visuals of the digital rain are universally recognised as being similar to the opening credits of the anime film.

Nine years after the The Matrix, the Wachowskis would helm a direct adaptation of an anime series, with 2008’s Speed Racer, which has since garnered a cult following of its own. While anime doesn’t have any known direct impact on the story or production of the Rocky series spin-off/revival, its impact did influence the performance of the film’s star, Michael B. Jordan. Speaking to High Snobiety, the gen:LOCK star noted similarities between the burdens and emotional development of his character Adonis Creed’s heritage, and that of Naruto’s titular character.

When filming a scene for the sequel, where Michael B. Jordan had to lift himself up from the ground during a training montage, the actor looked to Dragon Ball Z and Gohan’s fight with Cell to capture the motivation and resolve needed for his performance. 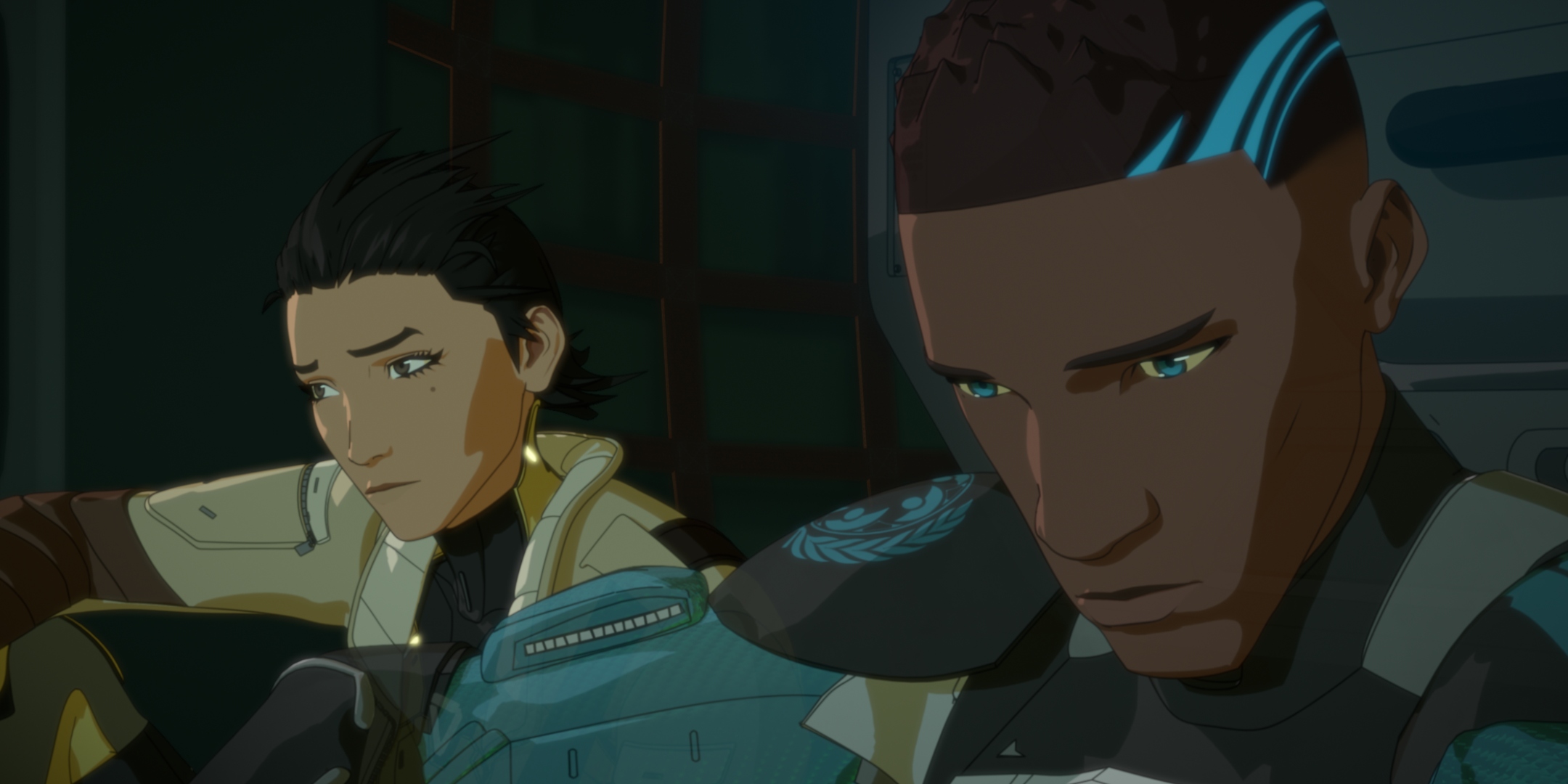 After drip-feeding his anime fandom in his performance for Creed, Michael B. Jordan is allowed to let the tap burst and run wild as the star of gen:LOCK. Being from the same studio as RWBY, it should come as no surprise that anime was at the forefront of their minds when writing this sci-fi series, that draws from mecha anime like Mobile Suit Gundam, and even the futuristic dystopias of Gen Urobuchi’s Psycho-Pass run.

The series also looked to the world of anime when assembling its voice cast, which has star power like David Tennant (Doctor Who / Jessica Jones) and Maisie Williams (Game of Thrones), alongside anime voice actors Monica Rial (My Hero Academia), and the original Japanese voice of Dragon Ball Super’s Beerus, Kōichi Yamadera.

gen:LOCK The Complete First Season is available now on DVD and Blu-ray. Get all the latest sci-fi news with every issue of SciFiNow.

Wonder Woman: Bloodlines & Rosario Dawson heroes we all need to channel
< Previous
Next >