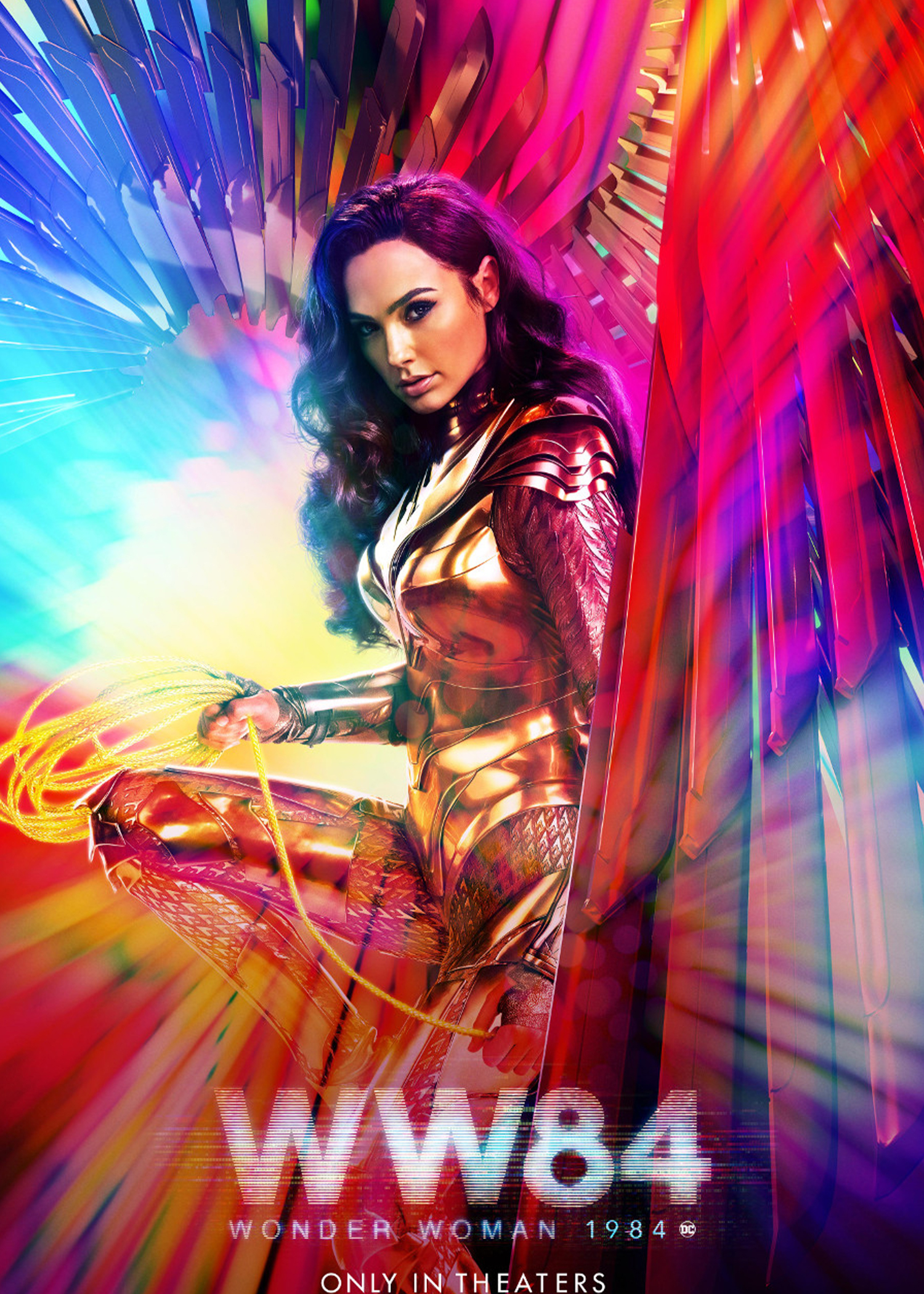 Not too long ago, DC had a few disappointments when bringing their superheroes to the big screen for its DC Extended Universe. Man Of Steel failed to reignite audiences’ love of the… er… the man of steel in 2013. Then it was more of a case of DCEU vs [a lack of] fans with Batman Vs Superman’s disappointing critical response in 2016, followed swiftly by Suicide Squad, which put the ‘bad’ in ‘a super group of bad guys get recruited to save the world’.

However, that very same year came a bright red and golden light for DC when Wonder Woman was released. Directed by Patty Jenkins, the movie saw a change in the tide of the DCEU (kinda… it got knocked back a bit with Justice League later that same year). With sprawling set pieces, badass action and emotional heft, it captured audiences’ attention for the female superhero and, in turn, for the DCEU (which would go on to have similar success with Shazam and, arguably, with Birds Of Prey earlier this year).

This was greatly helped by its star Gal Gadot, who completely embodied Diana – the Amazonian who would come to Earth’s rescue during the First World War with her superhuman powers, a strong belief in justice and a lasso of truth. Gadot, alongside Chris Pine (who played tragic love Steve Trevor), as well as a plethora of stars including Robin Wright and Connie Nielson (all of who return for the sequel) ensured audiences were captivated with Diana’s heroic adventures.

Now, with the world yet again needing saving (both on-screen and off), Diana is back in Wonder Woman 1984 and, as the title suggests, time has moved on from the first movie. Unfortunately, Diana hasn’t been able to do the same. Unable to deal with losing those she’s loved (including her beloved Steve) she’s living a lonely existence, refusing to make any meaningful connections with the knowledge she’ll outlive those she will come to care about.

However, she does allow a small chink in that armour when she begins a friendship with museum colleague Barbara Minerva (Kristen Wiig) after they both study a strange artifact that is said to grant wishes. Soon the artifact’s true powers come to light when Diana, Barbara and greasy oil tycoon Max Lord (played brilliantly by one of the hardest working actors right now, Pedro Pascal) find that their deepest wishes have indeed come true when touching the object – but at what cost?

Wonder Woman 1984 has taken everything we loved about the first movie (action and heart sitting comfortably alongside each other) and ramped it up a neon-coloured, leg-warmer-wearing notch. From the breath-taking opening sequence (which sees us back on Diana’s home of Themyscira), to a beautifully intricate final battle that wouldn’t look out of place on a dance stage, returning director Jenkins knows what works for her superhero.

This sequel also sees more of Diana as Wonder Woman who, after 60 years of saving mankind is now comfortable in her superhero role and the same can also be said of Gadot who imbues effortless confidence as the character. Speaking of returns, we’re also treated to more Chris Pine (we won’t reveal how) and his and Gadot’s chemistry is as sizzling as ever (there’s a particularly lovely scene when the two fly through a colourful tunnel of 4th July fireworks). Adding Wiig (who is as likeable as Barbara as she is terrifying when she transforms into the animalistic Cheetah) and Pascal’s Max Lord (who makes Gordon Gekko look like a timeshare salesman), ensures this is a movie that will make you invested in its characters while blurring the line between good and evil.

Setting WW84 in the Eighties also ensures a healthy dose of nostalgia and with an early scene set in a mall (all video games and TV commercials) there are certainly elements that will resonate with plenty of audiences. However, we feel that nostalgia could have been utilised a bit more – with Birds Of Prey’s soundtrack still resolutely fastened in our ‘most listened to’ on Spotify we were at least hoping for some Eighties classic bangers.

However the film’s underlying themes most certainly sit firmly within the decade’s love of commercialism and greed. It’s more Wall Street than Stranger Things, with the darker side of the Eighties taking front and centre as the movie’s real foe.

The stand-out scene in the first Wonder Woman was arguably Diana’s “I am no man” as she blindly rushes into no man’s land; a scene which made even the most hardened of viewer want to punch the air in triumph. The big question is, does the sequel achieve the same success? Well if success means you’ll want to roll your sleeves to the elbows, hitch a boombox to your shoulder and freeze frame a victorious jump in the air, then that’s most definitely a yes.