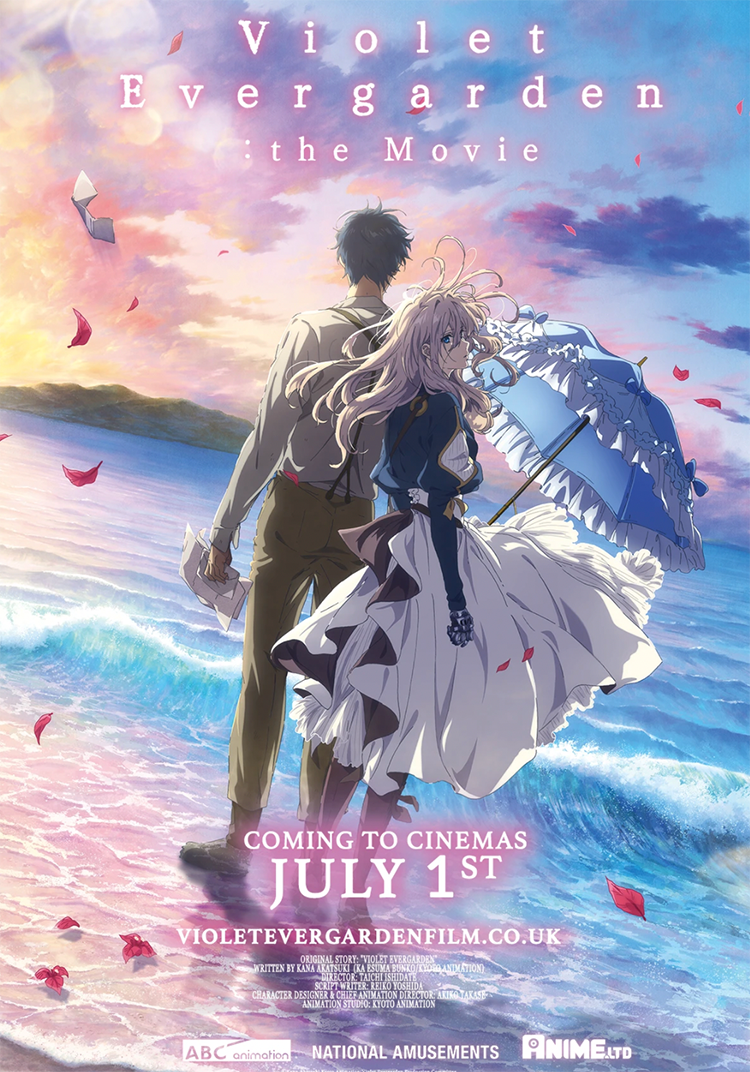 Violet Evergarden hits different. There might only be 13 episodes in the anime series, but it took us two days to watch it because we were crying so hard that our tear ducts ran dry. If you’re looking for a deeply emotional anime with real heart and soul, set in a world so lush and vivid we wanted to get isekai’d on the spot to be able to live there, this is what you’ve been waiting for.

The series follows Violet, who has been forced into the army as a child orphan and trained to be a mindless, emotionless killing machine. Knowing nothing but violence and suffering throughout her young life, when the war ends years later, she finds herself completely lost in a world that seems so alien to her. She lacks the emotions she needs to fit in and is left without direction or purpose.

The show has been praised for its powerful depiction of PTSD by real-life war veterans, and some have even used it to help them cope with their own post-conflict trauma. Make no mistake, Violet Evergarden is no lightweight flight of fantasy – it’s heavy stuff.

In order to try and find her place in the world, Violet takes a job as an ‘Auto Memory Doll’, travelling the land with her typewriter, writing letters on behalf of her clients who themselves aren’t great with words or might not be able to read or write at all. Doing so, she hopes to try and understand emotions that she has never been able to explore or express. Violet’s story is one of survival, of loss, of learning to cope, learning to grow but also perhaps one that teaches us that the heart wants what it wants and that we cannot fight against our deepest desires.

The show is punctuated by an OVA and was followed by its first movie, Eternity And The Auto Memory Doll, but as wonderful as that film was it was very much a self-contained chapter that didn’t particularly progress Violet’s own story and for that, we’ve had to wait for this, Violet Evergarden: The Movie.

Serving as a direct sequel to the show, there is no point watching this film if you haven’t already immersed yourself in the world of Violet Evergarden (the series is readily available on Netflix so there’s no excuse not to watch it).

Once you have done so, you will be prepared, though your feels will not be because Violet Evergarden: The Movie is simply wonderful on every level. Aesthetically, Violet Evergarden has always been achingly beautiful, and yet the film manages to look even more stunning than the series. Every location we visit in the movie looks and feels so real and alive – from the bustling streets of Violet’s home of Leiden to the windswept loneliness of Ekarte Island – every scene, every moment, has been crafted with true love and passion for animation.

The soundtrack, another highlight of the show, is once again nothing short of perfection and soars to soul-stirring heights. The words of a hymn to the sea are left unheard as the music soars above it, taking us and the camera with it as we fly with seagulls in a perfect summer sky. Or dazzling fireworks illuminating the world and its characters below in silence, with no explosions or dialogue – only the gorgeous score enveloping the scene, celebratory but also ever so slightly melancholy. It’s every bit as much a work of art as the visuals themselves.

The story is the final flourish in this triumphant triumvirate, which effortlessly weaves together three stories. The film begins after a significant amount of time has passed following the end of the first movie. We are introduced to Daisy Magnolia, the granddaughter of Ann, whom we met in the series; she connects with her grandmother and the world of Violet Evergarden through the letters written on behalf of Ann’s mother by Violet herself.

Wishing to learn more about her, Ann’s journey begins and through her we reconnect with the past of the world, and pick up Violet’s story. Now a famous and highly sought-after Auto Memory Doll, Violet continues to grow as a person as her emotions develop but she cannot let go of her past and Major Gilbert Bougainvillea, her commanding officer, the man who raised her in the army and the man who told her he loved her. Missing in action and believed to have been killed, he remains the one thing she has always obsessed over, throughout the series and the movie itself. Violet Evergarden has always been a love story but it’s a tragic one when the main character doesn’t even know what love is.

Alongside Daisy’s journey as she learns of Violet’s history and that of the world we knew from the show, we have the story of a dying boy’s wish to have a Doll write letters to his family to posthumously express the feelings he struggles to while alive, and Violet’s own journey as she continues to develop her emotions by connecting with her clients and the people around her. She refuses to give up hope that Gilbert might still be alive, but is then faced with the sudden reality of what she would say or do if he were. The stories combine to deliver a three-pronged assault on your emotions that will leave you a blubbering wreck by the end of the movie, but this is Violet Evergarden after all and we wouldn’t have wanted it any other way.

So many amazing shows, both anime and live-action, have stumbled when it came to their conclusions and failed to stick the landing. With the bar set so incredibly high by the Violet Evergarden series, there was always a small chance that things could come apart at the seams with the movie, but we were always in safe hands. Violet Evergarden was an incredible show and Violet Evergarden: The Movie is an even more incredible film – it leaves you on a life-affirming high, tears streaming down your cheeks and with the feeling that you’ve just experienced something truly special. It is the perfect end to a perfect anime – the whole Violet Evergarden story is an experience we’ll never forget, and the movie is a memory we’ll treasure forever.

Violet Evergarden: The Movie is in cinemas in UK/IRE now. Get your tickets here.