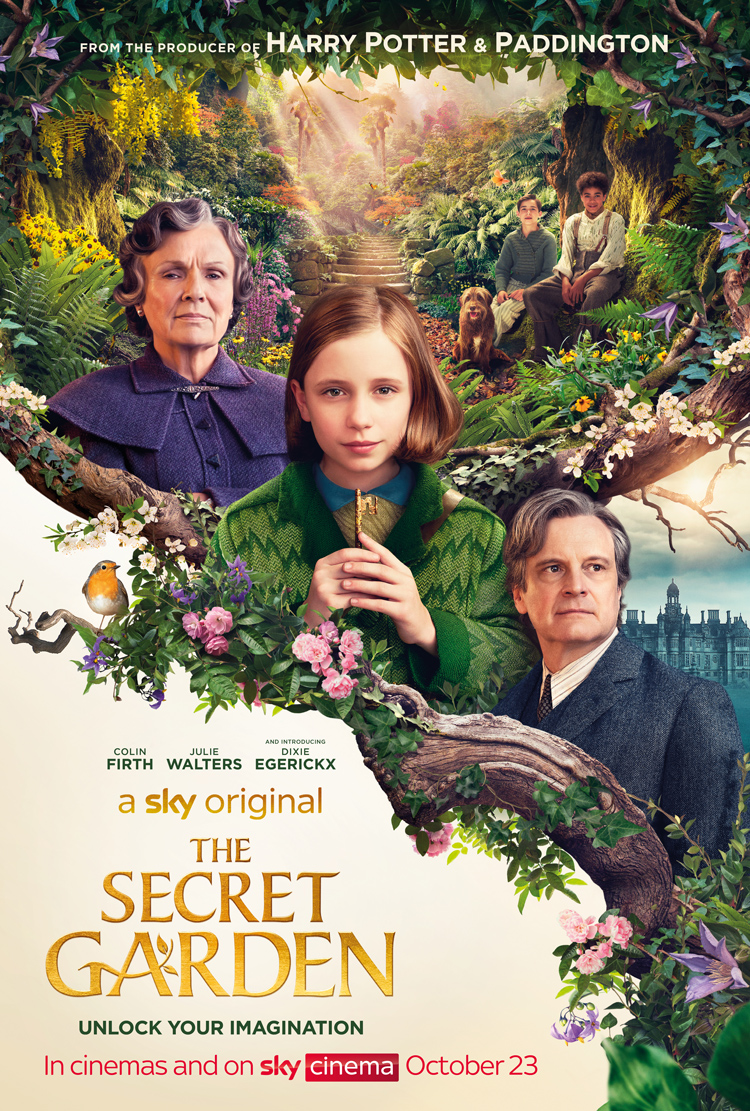 Frances Hodgson Burnett’s 1911 children’s novel is transposed from the turn of the 20th Century to 1947 permitting its curious, young protagonist Mary Lennox to explore the grounds of Misselthwaite Manor in a wounded Britain recovering from the grief of World War II. Directed by Marc Munden and written by Jack Thorne this new adaptation is gorgeous and lush, and akin to watching Monty Don guiding viewers through exquisitely manicured botanical gardens.

We first meet Mary in India, as partition is unfolding; she’s all alone, frightened and starving. The film quickly shades in how she got to this place, with brief flashbacks to death beds and a depressive mother. She is then rapidly shipped off to England to meet her new guardian, who comes in the shape of her wealthy uncle, Lord Archibald Craven (a pale Colin Firth) whose dusty office resembles the Horniman museum. Julie Walters is well cast as housekeeper Mrs Mexdel, effortlessly delivering a combination of warmth and firmness.

Dixie Egerickx is fantastic in the lead role and her transition from spoiled brat to empath is delightful. She instils her lines with shocking vitriol at first but eventually convincingly grows and glows as the lush greenery and sunshine works its magic on her. Filmed in multiple picturesque locations, the titular locked garden is made up of exquisite landscapes including Trebah Gardens in Cornwall, and Puzzlewood in the Forest of Dean. Contrastingly, the interior shots are imbued with an eerie, gothic allure, as ghosts from the past emerge from the woodwork to transport Mary to more colourful surroundings.

You don’t already need to be acquainted with the text to enjoy the spirited pleasures of the film. Its themes of neglect, nurturing and rejuvenation play out wonderfully through the new friendships Mary sparks. The blend of mystery and magical realism makes The Secret Garden a charming family flick even if the flimsy handling of its historical backdrop keeps you wondering about the decision behind the change of era.

The Secret Garden is a Sky Original, in cinemas and on Sky Cinema from 23 October.

Akira anime series in the works from Katsuhiro Otomo

His House: Interview with Remi Weekes

Akira anime series in the works from Katsuhiro Otomo

His House: Interview with Remi Weekes