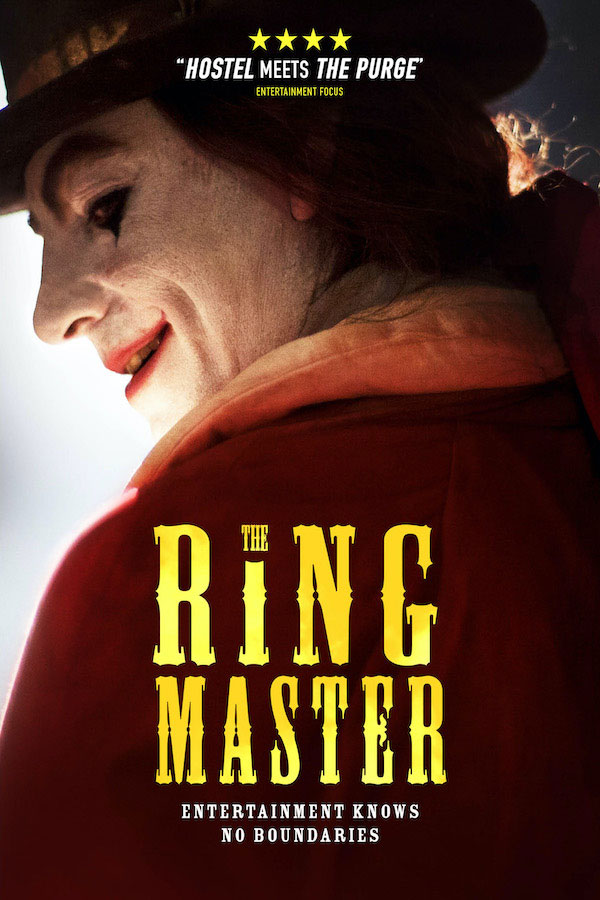 Danish horror The Ringmaster sets up a familiar scene: Two women (Karin Michelsen and Anne Bergfeld) working a late shift in a remote gas station. Sure enough, cue creepy customers, a good-for-nothing boyfriend, and eventually the realisation that someone has been watching them the whole time…

We’re sure you’ve heard it all before but though The Ringmaster does play on plenty of recognisable tropes, it has a few flourishes of its own to keep things feeling different.

Alternating between the gas station and a torture chamber, The Ringmaster plays on its obvious plot – we know where the women will end up, but it still amps up the tension by leading viewers on a twisty path to get there. However, when the inevitable happens and the two find themselves at the mercy of the ringmaster himself (Damon Younger, doing a decent job of getting under the skin) for the amusement of an online audience, things start to get a little more by-the-torture-porn-numbers.

Director Søren Juul Petersen adds a few interesting notes to The Ringmaster (originally called Finale), invoking classic cinematic tropes with a warning at the beginning of the film, and the odd Eighties slasher vibe during the gas station scenes. Also, when the movie starts to inevitably eek into Saw and Hostel territory, there are a few intriguing additions including a comments section where internet trolls do their nasty thing.

It’s at this point where you’d hope those compelling additions will lead you somewhere new… but they don’t and the last third of the film feels a bit too much like its Noughties inspirations, focussing on the violence rather than the deeper meanings hinted at earlier.

Though The Ringmaster feels familiar, the unique elements – including an eerily friendly (and at times, wryly funny) voiceover promising violence, silent observers wearing creepy white masks and an underlying idea of the dangers of constant surveillance – are just about enough to keep audiences interested.

The Ringmaster will be available on DVD and Digital Download from 30th November and in UK Cinemas from 2nd December.