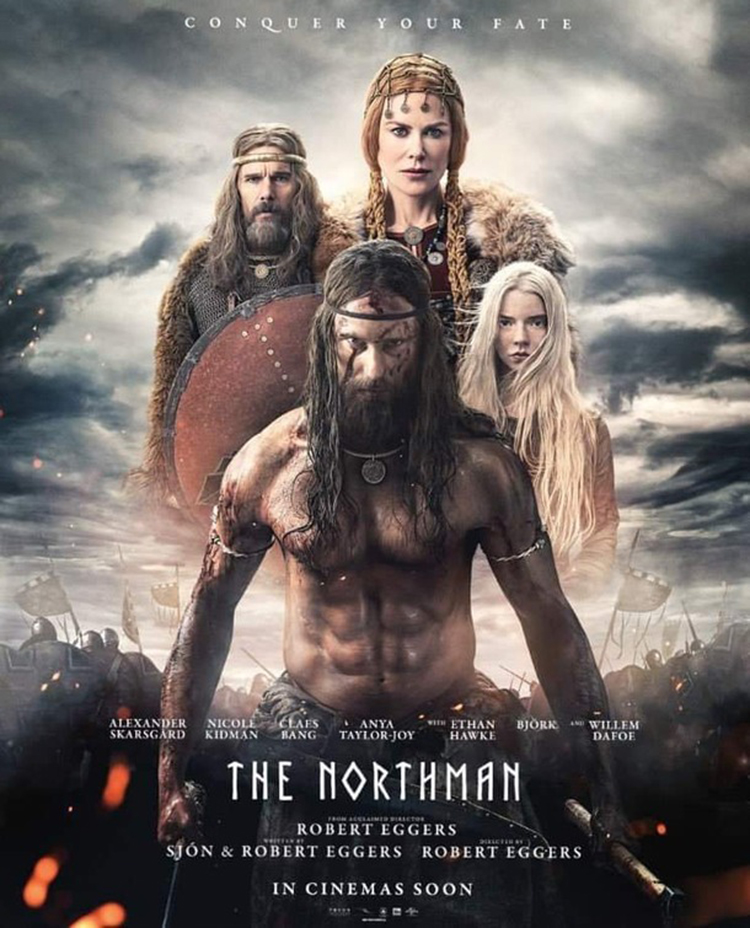 With The Witch and The Lighthouse, writer-director Robert Eggers emerged as a distinctive voice in American independent film. They are surrealistic nightmares set in America of centuries past, in which small groups try surviving encroaching supernatural threats that may well be hallucinations encouraged by harsh surroundings. Their environments are brought to life with an exquisite sense of historical detail and period-accurate language.

In light of this, that Eggers’ third feature, The Northman, is a big studio-backed, sprawling Europe-set epic that can plausibly, and not inaccurately, be marketed as an action movie might raise red flags for those concerned his voice could be lost – budget-wise, it’s closer to a Morbius than The Witch. But praise the Norse gods, for not only is The Northman an exhilarating revenge saga that outdoes most modern blockbusters when it comes to action sequence staging and immersive sound design, but Eggers’ penchant for the strange remains fully intact.

Co-written with Icelandic multi-hyphenate Sjón (a regular collaborator of Björk, who’s among the uniformly excellent cast), The Northman’s story is deceptively simple, with a far shakier moral compass than most films of its ilk. Beginning in 895 AD before jumping forward, The Northman chronicles Amleth (Alexander Skarsgård), a presumed dead Viking prince, now an adult seeking vengeance upon treacherous uncle Fjölnir (Claes Bang) for the murder of his father (Ethan Hawke) and capture of his mother (Nicole Kidman).

A figure from medieval Scandinavian legend, Amleth is the direct inspiration for Shakespeare’s Prince Hamlet, meaning that The Northman’s structure inevitably resembles the barebones of Hamlet’s plot. Or to compare it to another Hamlet riff with fantastical flourishes, think The Lion King, but with considerably more decapitations, pillaging, murder sculptures and buttocks. No lions, although hulking Skarsgård resembles beast more than man at times in his descent into personal hell.

The Northman is in cinemas 15 April