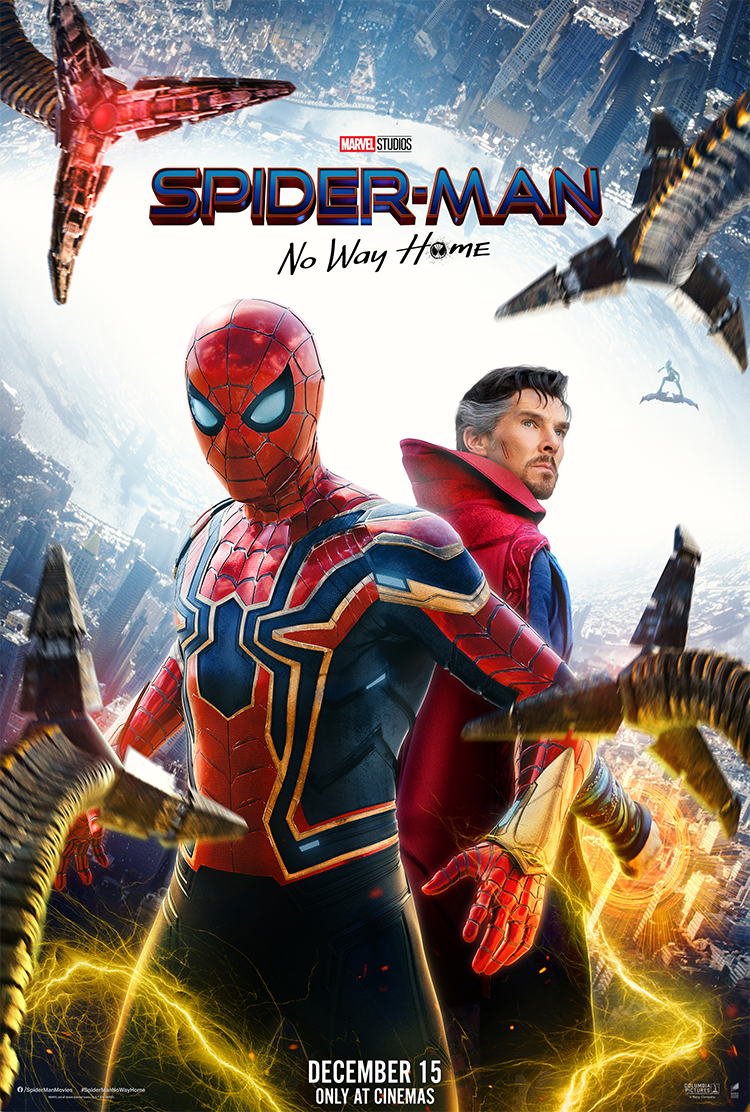 Superman battles with his identity and morality in the third film in the Christopher Reeve era of the superhero franchise.

With great power comes great responsibility, and also the urge to destroy, as we’ve learnt from all the supervillains who have appeared in comic book movies over the years. If you’ve seen the trailer for Spider-Man: No Way Home (watch it here), you’ll be aware that the multiverse is accidentally opened by Doctor Strange, with a few familiar baddies popping in to say hi and wreak havoc. This affectionately crafted third film in the Tom Holland Spidey superhero era is an amiable, action-packed tear-jerker with a lot to say on grief, masculinity, fame and teamwork.

When Spider-Man’s identity is publicly revealed, his best friend Ned (an adorable Jacob Batalon), Aunt May (the ever-brilliant Marisa Tomei) and girlfriend MJ (Zendaya who should have been given more to do) are all impacted by the attention. The press and public have turned against him, and Peter Parker’s desperate attempt to undo the damage backfires with tragic consequences. Along the way there are some delightful surprises, with the screenwriters balancing humour and pathos in equal measure, and never losing sight of the emotional core of the story. Holland’s expressive performance, whether he’s lovingly interacting with MJ or arguing with May about morality, delivers all the feels.

Technology has moved on a lot since the first Spider-Man film directed by Sam Raimi and starring Tobey Maguire, was released in 2002, which is something the effects team and director Jon Watts incorporate with impressively updated armour and suits, thrilling set-pieces, and flashy visuals. Adolescent preoccupations on romance, college entry and family remain the same, albeit, with added concerns about social media, and the narrative sticks close to these teen worries, while Parker does everything in his power to do the right thing and stay true to himself.

For the kids who grew up with all the different incarnations of the superhero on the big screen and are now teenagers themselves, Spider-Man: No Way Home offers treats galore… that goes for the big kids too.

Spiderman: No Way Home is in cinemas now.

A Quiet Place Part II Review: Scream if you want to die faster
< Previous
Next >

A Quiet Place Part II Review: Scream if you want to die faster