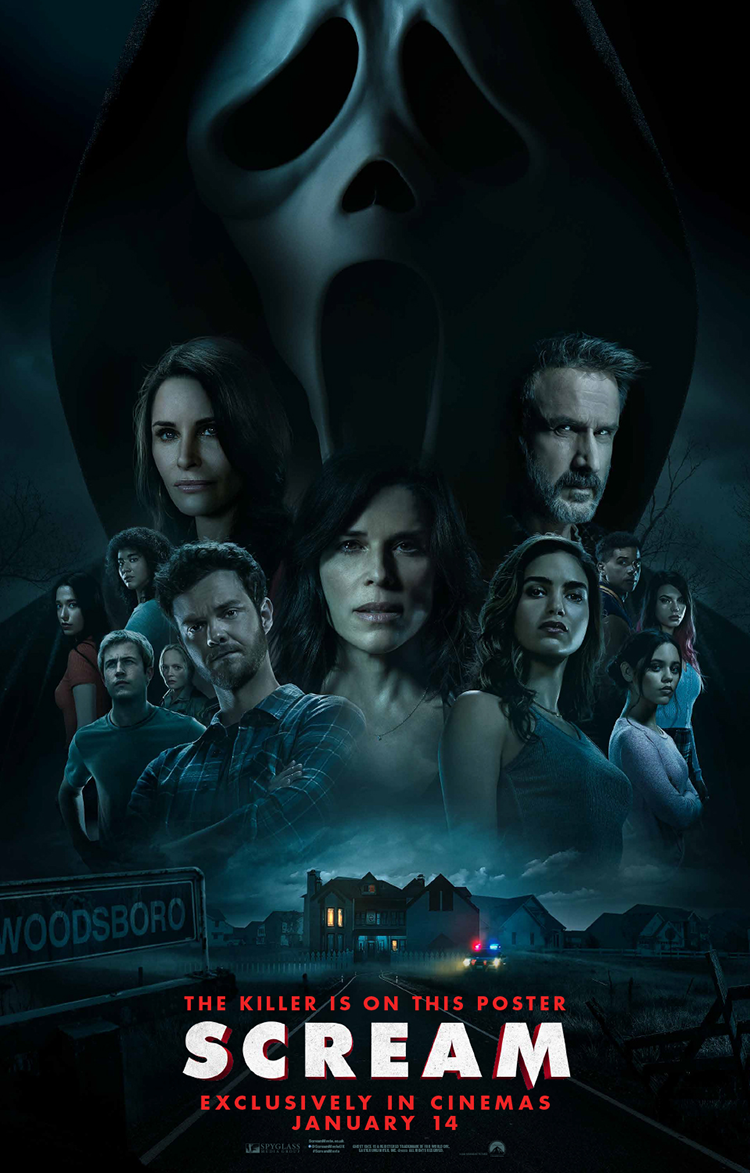 Brianna Hildebrand and Alexandra Shipp star as two psychotic high-school girls obsessed with making a name for themselves on social media by committing bloody murder.

The Nineties are back! And so is the defining meta-slasher whodunit of that era. Twenty-five years after the original Scream film was released in 1996, the franchise makes a dazzling return for more slicing, dicing and vicious twists.

Director Wes Craven and writer Kevin Williamson carved out a lasting legacy in the horror genre with their giddy teen horrors, and Radio Silence pick up the knife to affectionately pay tribute to Craven and play with the rules in exciting ways in a hugely entertaining reboot-sequel.

If you watch all the Scream films today, they reflect the popular culture, fashion, technology, music (Nick Cave’s ‘Red Right Hand’ thankfully returns) and attitudes of the time. They’re like little horror time capsules; some hold up and some absolutely do not (ahem! Scream 3 and death by fax machine).

Here, the screenplay written by James Vanderbilt and Guy Busick cleverly taps into the current culture, targeting aspects of film fandom with humour, razor-sharp digs, as well as direct references to conversations dominating social media. Directors Matt Bettinelli-Olpin and Tyler Gillett whip up a tense and delightfully wired ambiance, delivering a gleefully violent slasher and the best Scream film since the original.

Scream is out in cinemas on 14 January

Avengers: Endgame film review: this is it
< Previous
Next >