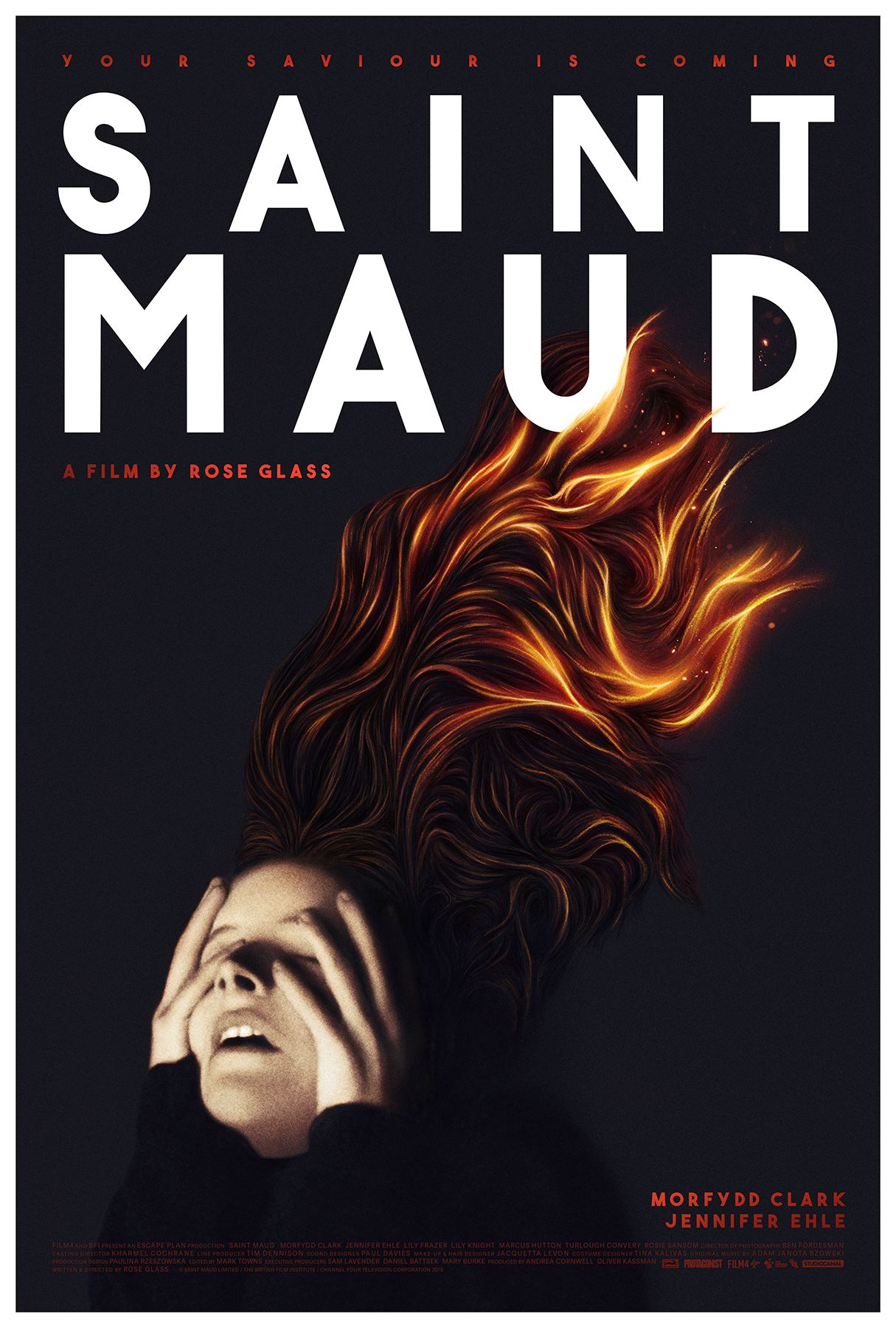 For her feature debut, writer/director Rose Glass has conjured up a taut psychological horror with thrills, chills and perhaps most terrifying of all – a sobering social message. Starring newcomer Morfydd Clark as its enigmatic lead, Saint Maud tells the very timely tale of a troubled young woman struggling with mental health issues and a dark past who finds eleventh-hour solace in palliative care and religion. However, while the former leads her to the home of terminally ill dancer Amanda (Jennifer Ehle) to provide some much-needed end-of-life assistance, the latter reveals itself in a much more visceral and unnerving way.

Convinced she can hear the voice of God inside her head, Maud’s deity delusions escalate into spasms of electric ecstasy, soon becoming the only real relationship left in her increasingly isolated world. As a flurry of faceless bystanders pass her by – either oblivious, uninterested or a cruel combination of both – things take a further nosedive when her relationship with Amanda suddenly sours. Pushed to the edge of her faith and her sanity, Maud starts to believe her mission from God has finally revealed itself – and it’s one that’ll test her religious devotion to the absolute limit.

Capturing the bitter sting of loneliness as effortlessly as she captures the broad brutality of self-mutilation, Saint Maud establishes Glass as a filmmaker who doesn’t need much to say a hell of a lot. In fact, the true terror of this grounded horror lies in its small subtle details, from the dark brutality and uncaring harshness of Maud’s surroundings to a small yet incredibly effective sequence involving a shoe, some thumbtacks and a hefty dose of religious remorse. Throughout it all we’re anchored by Clark, who’s deceptively sweet performance as Glass’ tortured heroine cements her status as one of 2020 most intriguing actors. As for Glass, the feeling’s mutual. If Saint Maud is anything to go by, both star and director are destined for big things.

Saint Maud is out at cinemas now from StudioCanal. Read our interview with director Rose Glass and star Morfydd Clark here.