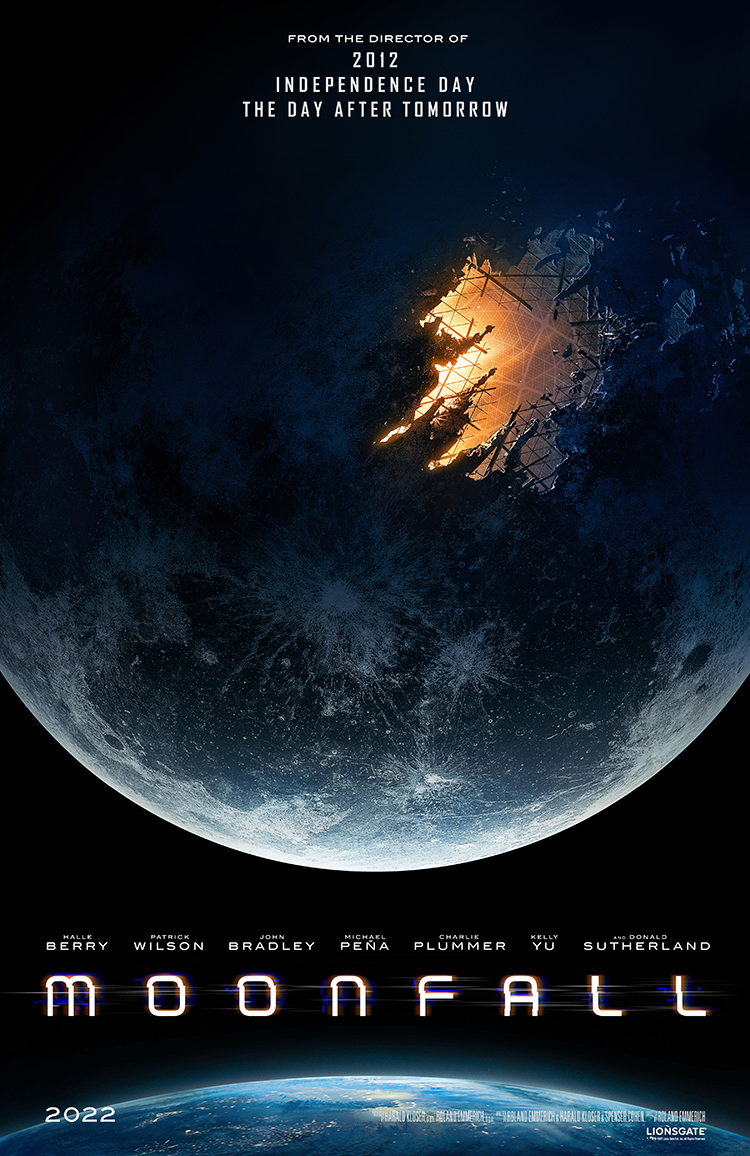 Conspiracies run rife in Moonfall, Roland Emmerich’s latest take on a disaster movie. The twist this time? The moon is on a collision course with Earth after it’s knocked out of orbit, fuelling doubt into everything we know about the nature of the universe.

It’s almost a guessing game as to what lies have been spread over the decades, and saving the world rests on a disgruntled former astronaut Brian Harper (Patrick Wilson, The Conjuring), a NASA executive Jocinda Fowler (Halle Berry, Extant) and a conspiracy theorist K.C. Houseman (John Bradley, Game Of Thrones).

The whole concept is well… bonkers, but it’s exactly what’s needed in the current climate. With audiences increasingly returning to cinemas, Moonfall is a great distraction that breaks new ground in the genre. It’s made for the big screen and as with Emmerich’s previous works, it’s visually gripping, featuring ambitious fights with the elements and vast segments in space. There’s a wonder to it all that takes you out of reality with hauntingly chilling scenes. You’ll drive yourself mad if you put yourself in the characters shoes’; it’s as equally terrifying as it is entertaining.

Nods to historical events like Apollo 11 and NASA’s retired shuttle make an appearance, which helps to sell the fictional elements but viewers can also easily connect to the characters. Family dynamics and personal circumstances drive their decisions amongst all the chaos. Bradley, especially, is a scene-stealer, and while K.C. does enliven the plot, there are other layers to him as his personal arc delves into what it’s like to be ignored.

Admittedly, Moonfall would have benefitted from a faster pace throughout, as it appears to play catch up towards the end to wrap up the story. If you can get past the rather out-of-the-blue final act and the occasional odd dialogue, Moonfall is an enjoyable thrill ride with a dark twist.

Moonfall is out in cinemas now.