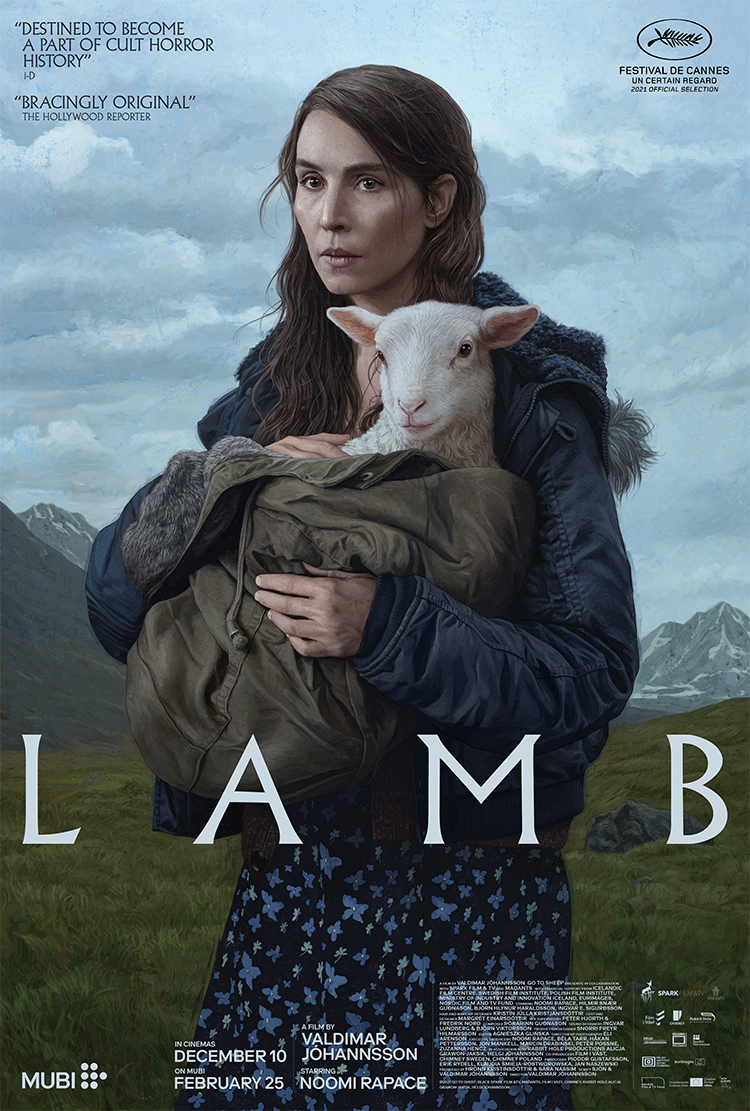 One of the best movies ever made about the terrors of motherhood.

Something is amiss at the isolated Icelandic sheep farm where Maria (Noomi Rapace) and Ingvar (Hilmir Snær Guðnason) live secluded away from the rest of society. The film begins on Christmas eve, the sheep resting in their cosy pen and the couple chatting about time travel theories. As the seasons change the yearly lambing bestows a precious gift upon the couple. Whether this is a joyful miracle or something entirely more sinister is answered in the film’s conclusion, but until that final reveal this suspenseful and atmospheric horror folktale toys with expectations and plays elegant mind games with its characters and the viewer.

The multi-layered screenplay co-written by acclaimed author Sjón and director Valdimar Jóhannsson, deals with the destructive force of nature, motherhood, love, loss and tragedy in refreshingly strange and blackly comic ways. It’s a film that kicks off with a menacing intensity, in its beguiling presentation of the vast and mysterious landscapes of a snowy North Iceland, and then takes many gleefully twisted WTF turns. To say much more would be to give the game away – this is one of those films where it’s best to go in knowing as little as possible. Beware spoilers below!

This is a mother, or rather a family in mourning piece, that doesn’t rely on the usual trappings associated with grief in the movies. It’s profoundly disturbing, cute and amusing, offering up great moments of joy and sorrow, and unforgettable invention. The VFX team should be applauded for their delivery of effectively eerie, endearing and horrifying Island of Lost Souls (1932) style creations, which the talented cast interact with in charming and terrifying ways.

The uncertain dynamic between Maria, Ingvar and his brother Petur (Björn Hlynur Haraldsson), when he eventually enters the picture, cleverly masks their motivations, keeping the viewer on their toes. Rapace skilfully switches between cold, caring and capable, turning in a hugely moving portrayal of a woman carrying an enormous burden of heartache and pain while desperately clinging to the last fragments of hope in a cold and unforgiving environment.

This tenderly crafted and darkly funny depiction of humanity and nature living side by side is both pertinent and timeless as it viscerally paws at the primeval chaos of existence. With Lamb, Jóhannsson announces himself as a major talent to watch.