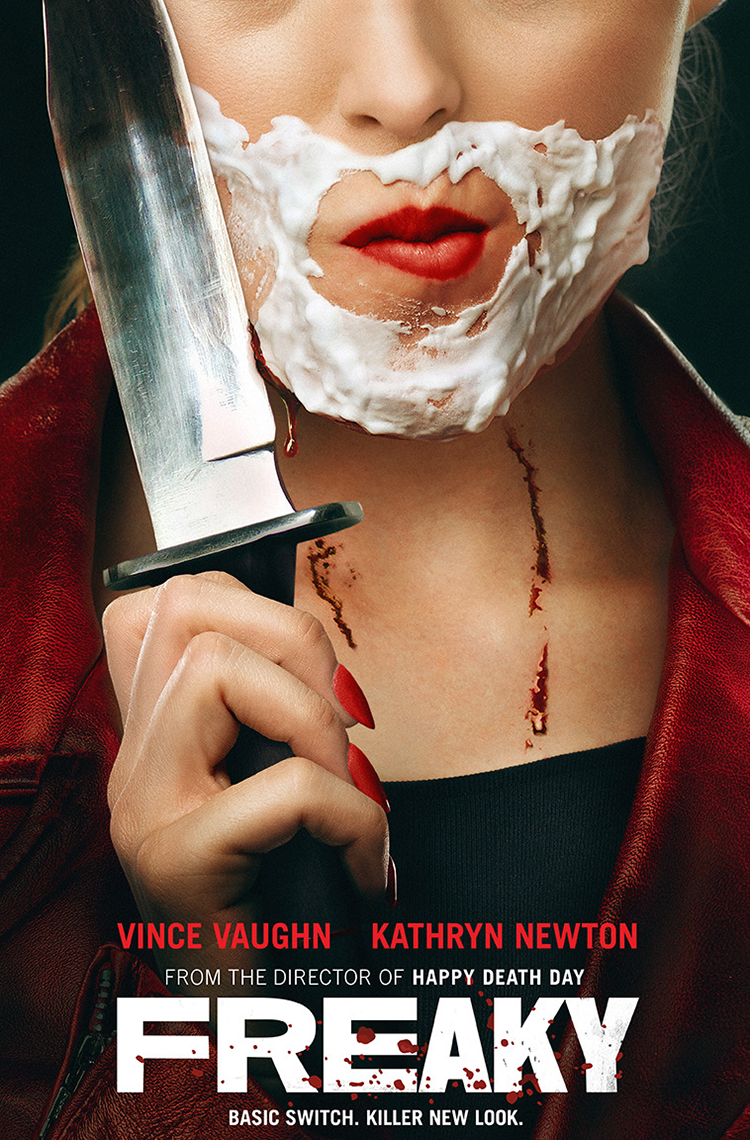 Judge Reinhold and Fred Savage play father and son in this silly 1980s twist on the body-swap comedy.

Kathryn Newton plays Millie Kessler, a teenage girl who when violently attacked by a masked, male serial killer on Friday November 13th 2020, magically swaps bodies with him. The Blissfield Butcher is the stuff of urban legend in the small town where Millie lives and has been on the prowl since the 1970s. Much of the comedy is mined from the simple body swap and Landon and co-writer Michael Kennedy’s knowledge and obvious affection for the slasher. Newton is clearly having a ball in the psycho killer role, rolling her eyes and slaughtering bullies, and the six-feet-five-inches Vince Vaughn turns in an incredibly game and enthusiastic performance pretending to be a shy, seventeen-year-old girl.

That all the male jocks suddenly become attracted to Millie once she starts acting like a psychopath, is hilarious, and part of the film’s charm is its irreverent humour. Millie’s mum is grieving the recent death of her husband, and has turned to the bottle; a Chardonnay named Swansong… that the film takes the time to develop the mother-daughter relationship, weave in a romantic narrative, and address grief in both heartfelt and humorous measure works in its favour.

Aside from a finale that seems tacked on, Freaky is mostly killer and little filler. It delivers on its amusing concept, playing out as a funsize horror treat with a sweet centre. It’s all executed with considerable panache by Landon who doesn’t skimp on the candy-coloured sets, neon lights, red filters and blood splatter.

Freaky is out in cinemas on 2 July from Universal.