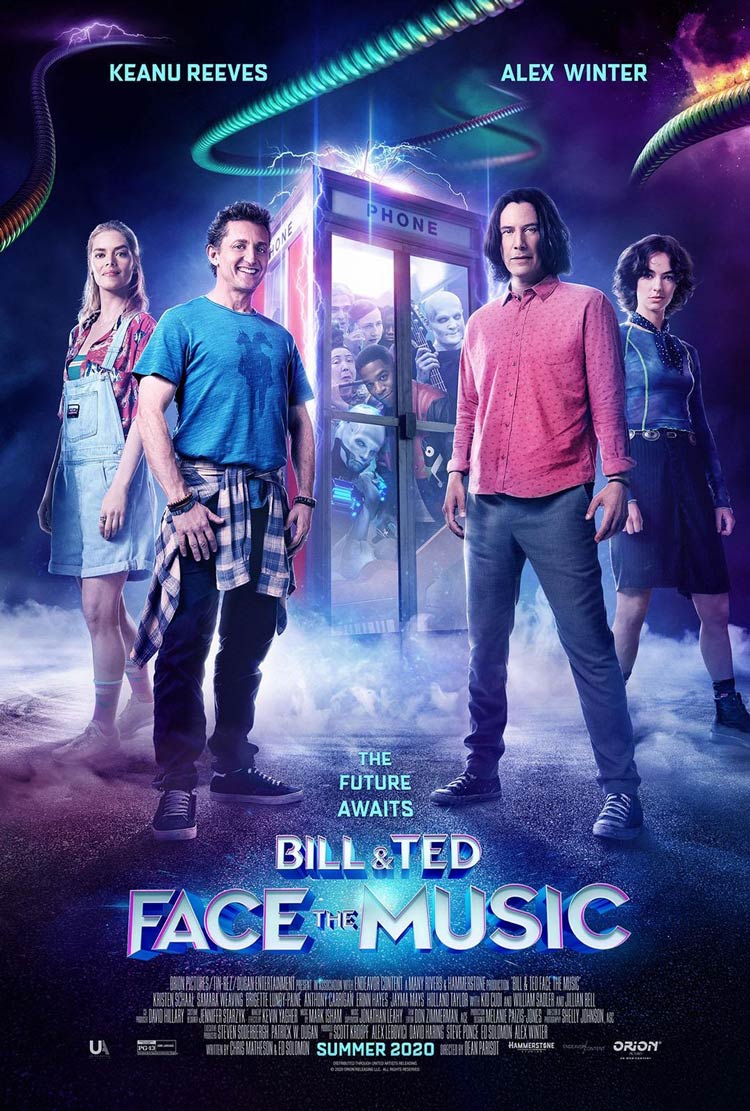 Woah. It’s been 31 years since we were first introduced to Bill S. Preston Esquire (Alex Winter) and Ted ‘Theodore’ Logan (Keanu Reeves) and our duo has been through many excellent adventures and bogus journeys since then.

First, after being told that their band Wyld Stallyns would create a song that would bring peace to the universe, they travelled through time to pass their history report to stop them from being split up. Then they were murdered by their robot selves and fought Death himself to make it back from hell to take part in an epic Battle Of The Bands and get their music out to the world.

Since then, however, the pair have spent the past 25 years falling from their heady Battle Of The Bands heights and are now playing experimental music at wedding receptions and venues offering $2 tacos. They’re not in a good place; carrying the heavy burden of trying to create the perfect song and having to attend couples counselling (as a foursome) with their Medieval princess wives (Erinn Hayes and Jayma Mays recast in the roles).

Their biggest fans are their daughters, Thea and Billie (Samara Weaving and Brigette Lundy-Paine respectively, both having fun mirroring Reeve’s and Winter’s mannerisms) – who’s knowledge of music themselves is most excellent. But Bill and Ted are about to give up hope and quit when they’re once again visited by someone from the future, who tells them they’re now on a deadline and the stakes are higher – create the perfect song by 07:17 that evening or the fabric of time and space will be destroyed. Most non-triumphant.

What follows is recognisable from the previous two Bill And Ted outings. Billie and Thea head off to find great musical artists throughout time (including Jimmy Hendrix and Mozart) to form a new mega band, while Bill and Ted travel to the future to take the song from their future selves. Unfortunately, their future selves are non-non-non-non-heinous (they’re heinous) – living a life of crime and alcoholism after being left by the princesses and still not able to find their musical muse. Oh, and they’re also being pursued by a killer robot from the future. Will Bill and Ted figure out The Song in time to save the universe?

Though there are certainly elements in Face The Music that have been borrowed from the first two films, that’s no bad thing really and it’s clear writers Chris Matheson and Ed Solomon (who also wrote the original) are having a blast introducing our favourite dopey twosome to a modern audience. Besides, that hefty dose of nostalgia feels very welcome in places, such as being reunited with Death (brilliantly played by William Sadler reprising the role), as well as a few other nods to the original films. It also doesn’t mean we aren’t treated to some fresh new jokes and characters (the killer robot is especially hilarious).

Bill and Ted’s goofy vibe doesn’t fit quite as well now they’re middle-aged, but Face The Music is an entertaining comedy with plenty of heart and humour, and we can’t think of a better way to party on dudes. 2020 has been a real dickweed so we’re grateful to have films like this to make it feel excellent again [*plays air guitar*].

Bill And Ted Face The Music is out in cinemas now.