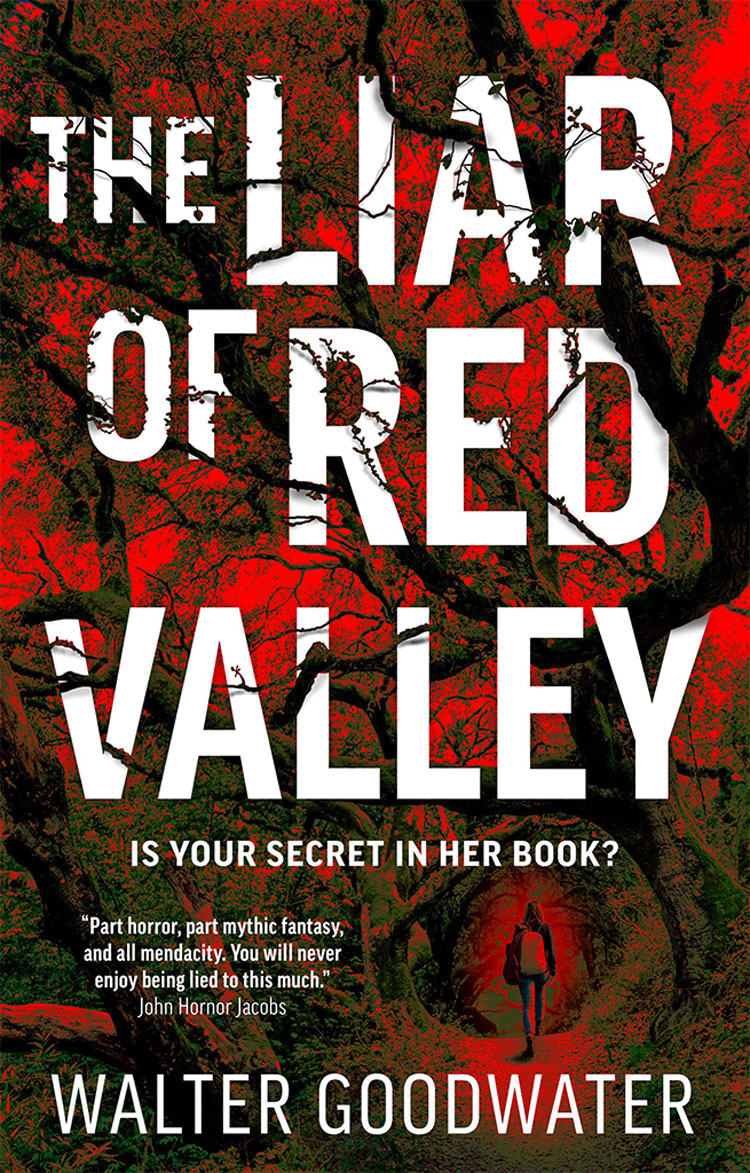 Red Valley, California has always been a little different. Not only does its inhabitants tend to err towards the strange and supernatural, but it has its very own house that likes to disappear and its King, well, he says he protects the town but people are too afraid of him to ever find out who he truly is.

The town also has its own Liar; a person who, if you tell them your deepest, darkest secret, has the ability to wipe it away for the price of time taken from your life (and some money for them of course). The Liar has always been hated – they know everyone’s secrets! – and it’s no different for Sadie’s mother. However, when Sadie’s mother unexpectedly dies, leaving the Liar legacy and power to Sadie, things start to go down hill for her and the town pretty quick. You see, Sadie’s mother has been hiding a big secret that could change the town and its inhabitants forever and Sadie’s not sure she can keep it for very long…

Walter Goodwater’s The Liar Of The Red Valley is an enjoyable read from the off; transporting you to a town that’s undoubtedly supernatural, but set in the world as we know it. Complete with a dark history, crazy inhabitants and a river that wants to kill you, it may be a little cliché to say the town is a character of its own but it’s very true in this novel and by doing so Goodwater has created a kooky world that you can’t help but enjoy spending time with.

The same is true for our protagonist Sadie; a tough-speaking, tenacious young woman who’s put up so many walls she’s almost run out of bricks. She’s very much a fish-out-of-water when she becomes the Liar but her journey from tough chick without a friend to tough chick protecting the place she loves is a joy.

The Liar Of The Red Valley also has a feast of monsters, mysteries and magic to delight upon. Just when you think you’ve met the main villain, another one crops out of the darkest places on Earth, keeping you guessing the fate of Sadie and the town right to the very end. Just like the town itself, not everything is as it appears and readers will be hooked to find out the novel’s secrets.

With The Liar Of Red Valley, Goodwater has created a fun, mysterious adventure full of colourful characters, a beguiling little town and a book you won’t be able to put down until you’ve devoured every word.

The Liar Of Red Valley is out now from Solaris. Read our interview with author Walter Goodwater here.

Other Words For Smoke by Sarah Maria Griffin book review

Other Words For Smoke by Sarah Maria Griffin book review