After the successful release of Northern Wrath, part one of Thilde Kold Holdt’s epic The Hanged God Trilogy this month, we are delighted to not only reveal the cover of book two of the trilogy Shackled Fates but book three, Slaughtered Gods as well!

Out in October 2021, book two of The Hanged God Trilogy Shackled Fates (pictured above) continues where Northern Wrath left off. Here is a synopsis…

Wolves howl. The trickster Loki breaks free from his chains. A demon is loose from Muspelheim.

In the battle to come, all shall die, but Ragnar will do anything to save his gods.

Einer scours the nine worlds for Hilda who walks among gods and goddesses, searching the truth of the Runes.

For centuries Siv has run from her past, but she knows that to protect her daughter, and Midgard, she will have to face her worst fears.

It is time to confront the Alfather.

Slaughtered Gods is due for release in Autumn 2022 but we’ll have to wait a little longer to find out more about what’s in store for the third book in the trilogy.

For the time being, feast your eyes on its glorious cover…! 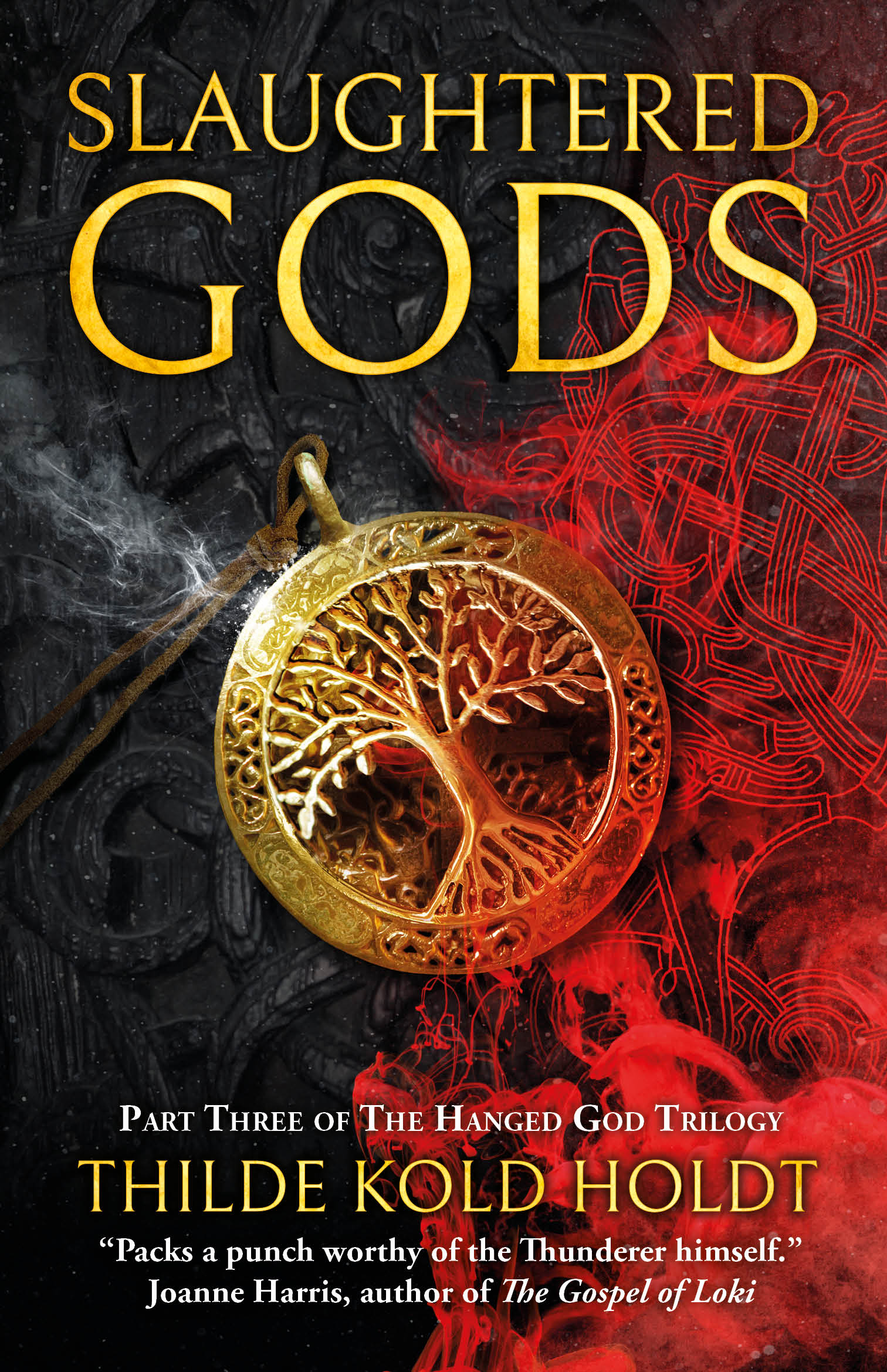 “I’ve been filled with excitement to reveal these covers that so perfectly encapsulate the books,” said author Thilde Kold Holdt when we spoke to her. “Covers that might even grab the attention of gods! The Darkness falls around us. I hear thunder, do you hear it too?”

Designed by Larry Rostant (who also designed the cover of book one), the covers of Shackled Fates and Slaughtered Gods certainly grab the attention of both gods and readers alike! Read our interview with Thilde Kold Holdt here, where she discusses her inspirations behind Nothern Wrath and reveals more about what’s in store for the trilogy.

Northern Wrath is out now. Shackled Fates is due for release in October 2021 and Slaughtered Gods by Thilde Kold Holdt will be released in Autumn 2022.