Recently in one interview someone asked me to quickly sum up the Sleeper series in three words. Caught off-guard I wracked my brain trying to think of three suitable descriptors. Not as easy a task as you might expect. Boiling approximately ninety thousand-ish words per book down to three is quite the challenge. I swallowed. Several words came to mind but just did not seem to work. I imagined, like many other writers faced with the same question, I could get lost down a rabbit hole of a hundred inaccurate designations, but time was not on my side. As the clock ticked I eventually blurted: “Deception. Revenge. Destruction.” As she scribbled these down I reflected, with relief, that they were pretty damn close.

I was then asked to sum up my main character, Will Starling, in three words. The clock began its countdown as my interviewer-turned-opponent bit nonchalantly on her half-chewed biro. I regarded her with a dry smile. This was easier an easier task. I knew my protagonist. I had created him and understood what made him tick, as any author worth their salt should, because at the core of any good book is the beating heart of a strong and believable character. So, those three character descriptors I’ll come to later. Before that, let’s get some context with the world that Will inhabits.

The era is the early 1940s when the world is at war. The books are anchored in reality and the correct historical timeline yet the world in these stories is a shade different to our own. Mysticism, the supernatural and sophisticated period technology exist on the fringes of normal life. The war plays out but is controlled by a global wealthy criminal organisation who enforce their vendetta for international power, extortion and repression. Ruthless to the end, VIPER, as they like to be known, invest vast sums of money in mysticism and technology to create a new world order. They are powerful and unstoppable, yet someone keeps getting in their way.

Enter stage left, Will Starling, whose perspective the story unfolds through. Will is the hero of Sleeper and Sleeper: The Red Storm. Without giving away any spoilers, he is the last remaining member of his family, who were brutally slaughtered by VIPER. Recruited as an MI5 sleeper agent, he volunteers for an experimental young person’s recruitment program at VIPER HQ. Will goes undercover for four years learning everything about his enemy and their goals. He becomes one of them, despite loathing them and counting the days until he brings about their destruction. 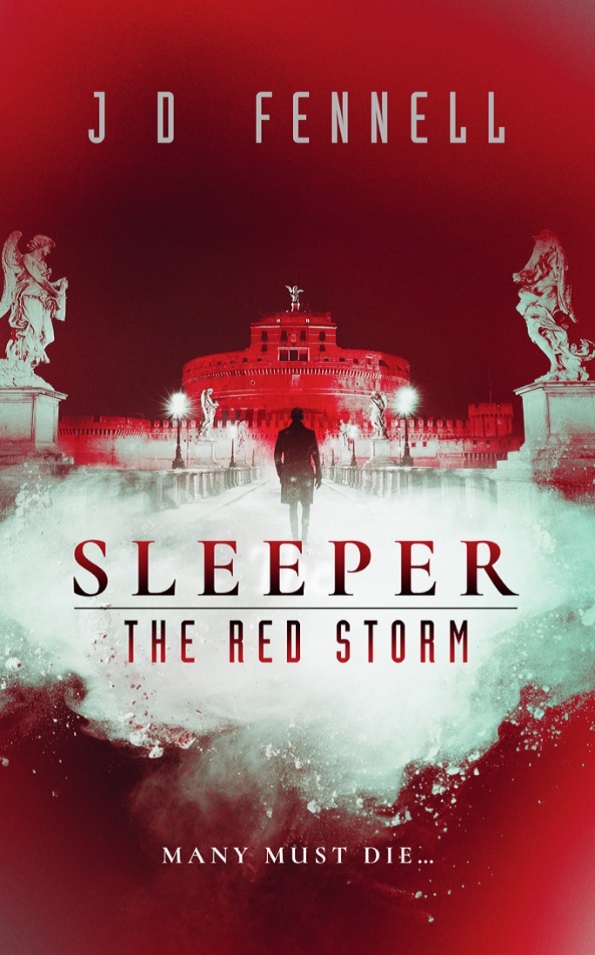 In book one, Sleeper, the Stones of Fire is the McGuffin, the Holy Grail of weapons, capable of causing destruction on a mass scale. In the first chapter we meet Will on his first VIPER mission to acquire the coveted Stones of Fire notebook, the codes contained inside it are rumoured to reveal the secret location of the Stones. Will plots to scupper the mission and destroy the notebook, however, during his escape he is shot and sustains a head injury. Left for dead, Will has lost his memory and is faced with finding out who he is with only the notebook to help him. His enemies are never far behind and he soon discovers there is more to him than he imagined.

When creating a character, it is difficult not to draw from those you already admire and love. Ian Fleming’s Bond and Thomas Harris’s Clarice Starling are two of my fictional heroes and arguably both have influenced Will. He could almost be their love-child. He is, after all, carrying Clarice’s surname.

I usually have a rough idea of what my characters look like. I make some notes then build a physical description. Will is 5ft 10in, stocky, strong with thick black hair, dark blue eyes and a determined expression. Of equal, and arguably greater importance, his personality traits need to be firmly rooted for it is these attributes that will determine how he makes decisions and whether they succeed or not. For example, at his core, Will is courageous, dogged, confident, enthusiastic, optimistic, honest and passionate. Yet he is a damaged young man with a head injury, amnesia and a rage burning inside him that he cannot explain. This bring out his weaknesses which include impatience, moodiness, a short-temper, impulsiveness and aggression. All of these characteristics impact on Will’s progress for good or for bad. In Sleeper, Will races against time to prevent genocide, whilst wrestling with memory loss to understand his past. He seems lost and frightened until he is put in corner with his life, or his friends’ lives, at risk. It is in these situations that a switch flicks and his bravery and skills as a fighter trigger into action. By the end of Sleeper, Will has a clearer understanding of what and who he is. His rage has a focus and in Sleeper: The Red Storm, he does not hold back. Prepare for a darker ride.

So, when I was asked to summarise Will in three words, I knew exactly what these were. How could I not? I said: “Driven. Brave. Rage.” That is Will, down to the bone.