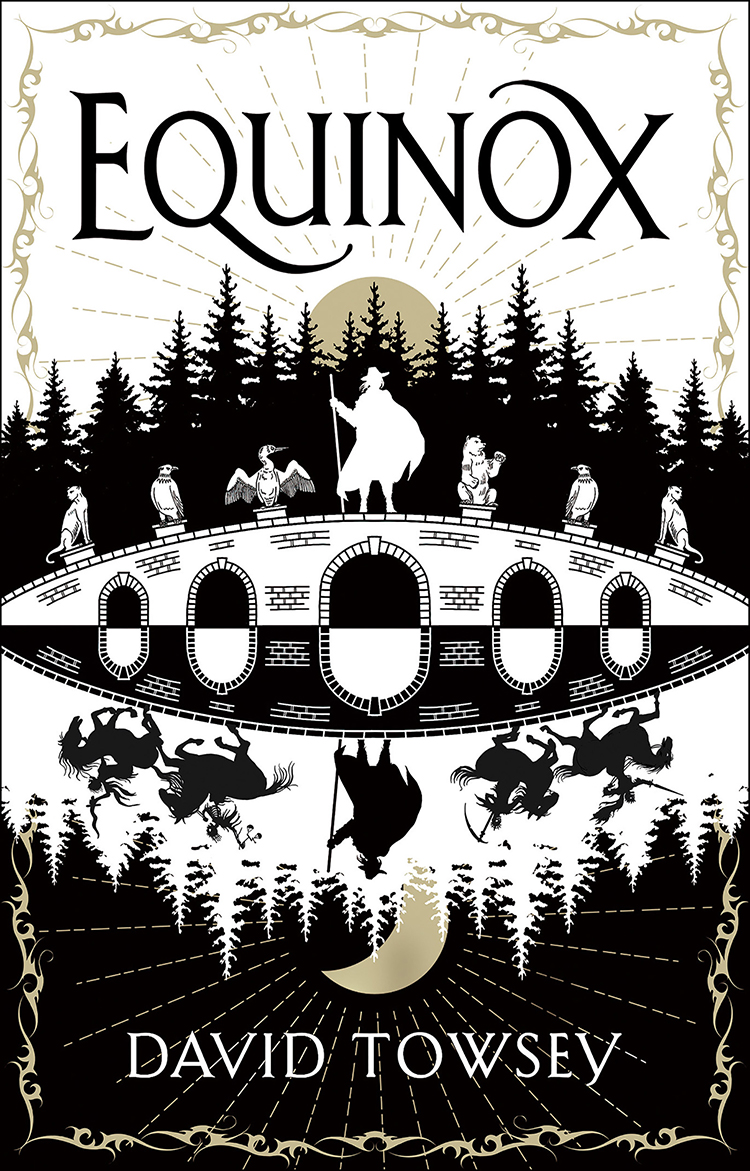 What if you were two separate people, sharing the same body? A split personality, with two completely unique identities. Although it’s a popular concept (see Marvel’s recent Moonknight TV series on Disney+ as an example), when poorly executed it’s easily ridiculed. David Towsey’s new fantasy thriller, Equinox however embraces the challenge and puts a fresh spin on the schizophrenic trope, expanding it into a high concept fantasy world where every character involuntarily switches at sunset between two personalities.

Packaged as a witch-hunt, detective fantasy, Equinox’s expansion of the central conceit makes for a fascinating backdrop where every character becomes an unreliable narrator or witness, where ‘day brothers and sisters’ are able to hide thoughts and deeds from their nighttime counterparts and vice versa.

Equinox begins when Inspector Christophor Morden is called one night to the city prison to investigate the screams coming from one of the inmates. Upon arrival he finds that a young man has torn out his own eyes, leaving behind in the sockets, a growing set of teeth. Suspecting witchcraft and charged with royal decree, Christophor (and his unwitting musician, day-brother Aleksander) are despatched to the far edges of the kingdom to find the witch responsible before the evil can spread.

After arriving in the prisoner’s hometown, Christophor can sense that there is an evil lurking just below the surface and that a demonic ritual has already begun, leaving him to race against time to unmask the conjurer. But as each day dawns, investigations must stop as his day brother Aleksander, normally a passenger to his own life, takes control of their body and starts to grow an affinity for the town’s inhabitants and an affection for one woman in particular. Bewitched or just besotted, Christopher and Aleksander must confront their own duality, and reconcile how to co-exist in order to balance the two halves of the story the mysterious village is telling.

Towsey has crafted a high concept fantasy noir packed with deep characterisation, and visceral shocks. A tale (quite literally) of two halves, Towsey deploys split perspective narratives with an almost clinical level of restraint, allowing the mystery to gently unfold and envelop you until it has you firmly in its grasp when it confidently delivers devastating splashes of fantastic horror.

Towsey knows how to steer focus, filling in blanks only where necessary, and leaving the readers’ imagination to engage with the story. Featuring a surprisingly emotionally charged narrative, Equinox smartly showcases how richly textured high-concept storytelling can be.

Survivor Song review: A pandemic survival tale against the clock

Survivor Song review: A pandemic survival tale against the clock