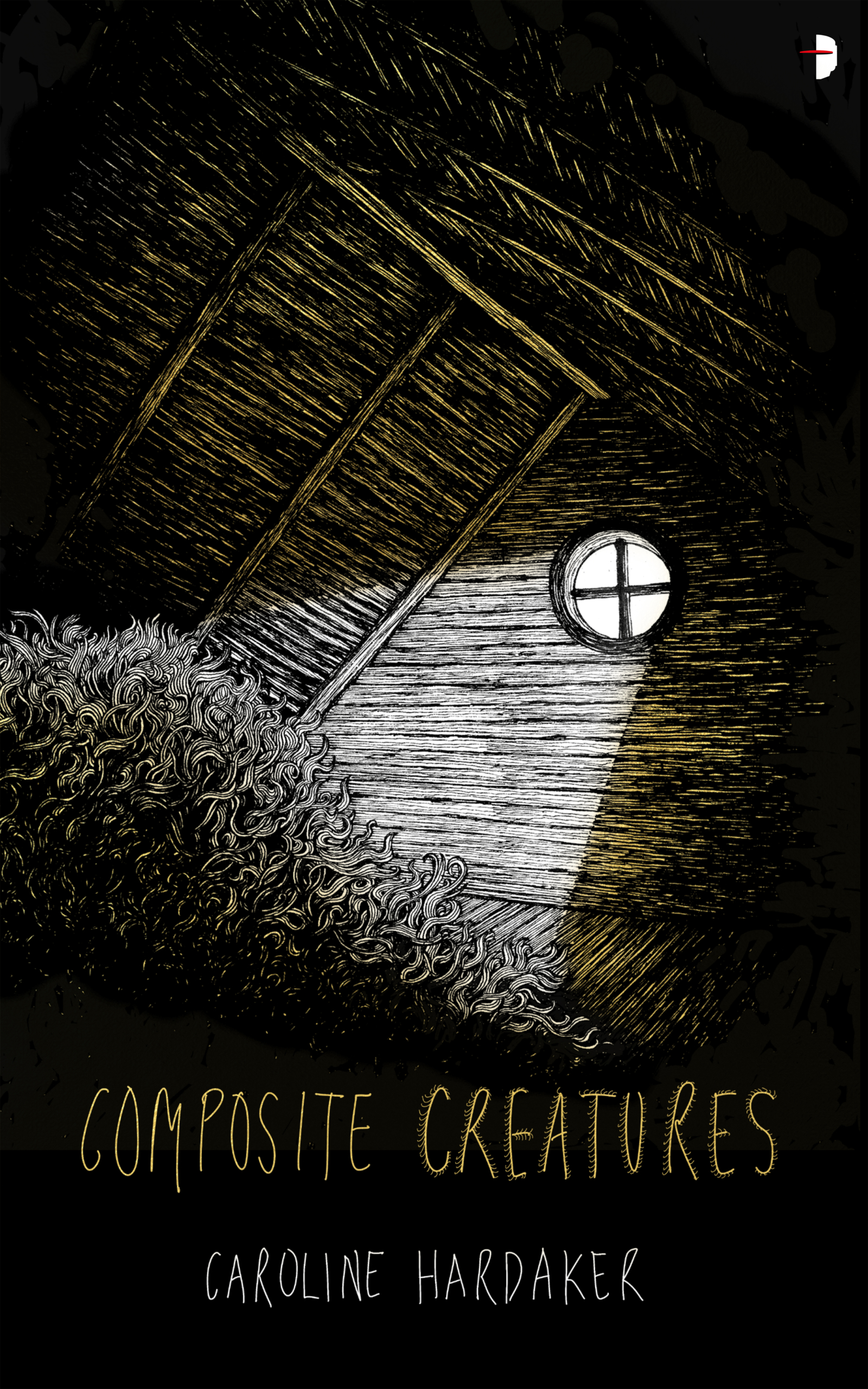 Set in a dystopian near future world where pollution has caused animals to die out, the soil to become so poisonous that the soles of your shoes will burn through should you stand still long enough and a lilac sky full of toxins that will eventually give you ‘The Greying’ (a form of lung cancer), Composite Creatures follows Norah and Arthur, who we meet as they have their first date. Which seems normal enough – outfit changes, nerves, an unspoken connection. But when Norah returns home, we find out they have both been sent comprehensive files on each other, outlining their past, their employment and medical history, and even a piece of creative content added to impress. Much more involved than swiping right on Tinder.

This is just one example of how author Caroline Hardaker gives the reader a snippet of a world that is oh-so similar to our own but then pulls up the silk cloth with a flourish, like a magician revealing the rabbit has gone, and with a sickly grin demonstrates that this is a world disguised to look like our own, yet is anything but, where even courtship needs to be systematically observed to preserve the human race.

Speaking of rabbits, as we follow Norah and Arthur’s relationship they are soon given a bundle of furry joy from the privatised health care system they’ve met through, named Easton Grove (a brilliantly ominous name). As it peaks its little eyes out to our new couple, they can’t help but fall in love with it, calling it Nut (ignoring the company’s strict instructions not to name it). As the title suggests, animals and creatures play a central role to the novel. Or rather, it’s their absence. There are no longer birds in the sky and to spot an animal out in the wild is a rare and honoured occurrence. This is a future where old feathers are gathered as prized possessions and the elderly tell tales of beloved pets. Hardaker is a published poet and it’s in the prose of describing a world full of life that her striking ability to invoke imagery through her poetic flow is shown, urging you to look out your window and marvel at the often-overlooked beauty of nature.

Told through a first-person narrative via Norah, Composite Creatures frequently transposes you, switching from humdrum suburban life to shocking revelations without warning. In fact, we’d be surprised if you didn’t have to go back and re-read a few paragraphs every now and then just to make sure what you’re reading is right; you’ll be so lulled into a false sense of normalcy that the macabre twists expertly woven throughout are all the more surprising (and deeply unnerving). This is exacerbated by the fact that Norah is an unreliable narrator and a tough nut to crack (excuse the pun). She is never able to fully open up to Arthur, her lifelong friends and even us. Her restraint is shadowed by Hardaker herself, who masterfully holds back information and imagery before the novel’s surreal and horrifying truths are exposed.

Composite Creatures reads a little like a singular episode of Black Mirror. You’re introduced to a world very similar to our own, full of characters you’ll feel akin to, in situations you’ve experienced plenty of times. Then you’re suddenly upended in the most formidable way, wrenched out of your familiar comfort zone and forced to look at yourself and the world around you in a new, disquieting light. This is a story you won’t forget in a hurry (try as you might) and an exceptional debut novel from Hardaker.

Composite Creatures by Caroline Hardaker is out now. Order your copy here and read an excerpt of the novel here.

The October Man review: Enjoyable jaunt to the Continent
< Previous
Next >

The October Man review: Enjoyable jaunt to the Continent