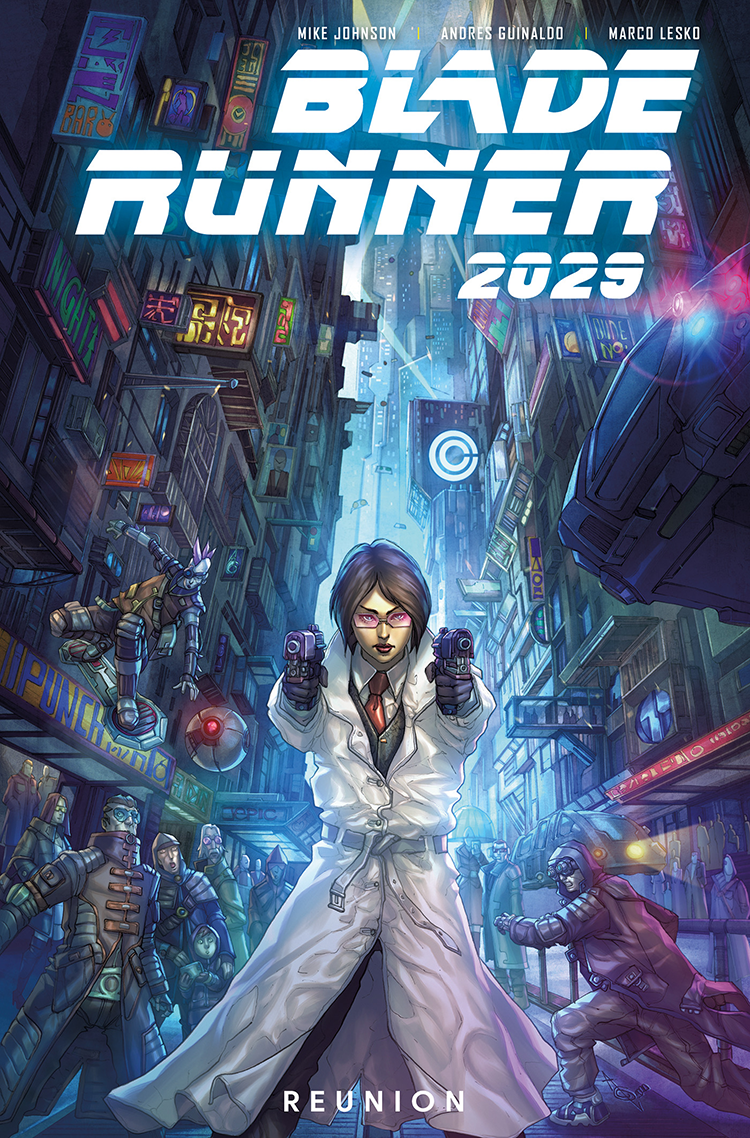 For those of you unfamiliar with the Blade Runner premise, late in the 21st century, the Tyrell corporation developed the Nexus 8 series of androids that were near indistinguishable from humans. They were created as a means of slave labour for the hazardous businesses of colonising other worlds. Funnily enough, some of these ‘replicants’ (as they came to be known) weren’t the biggest fans of being intergalactic slaves and escaped to earth only to find themselves hunted by Blade Runners – special police units with orders to kill any trespassing replicant upon detection.

After an attack on the Tyrell corporation in 2022 erased all records of existing replicants and forced the company into bankruptcy, some of the surviving Nexus 8 models disappeared with the help of the replicant underground while many more remained in servitude. Five years later (ex) Blade Runner Aahna ‘Ash’ Ashina has re-joined the hunt for renegade replicants, though her loyalties are now under suspicion.

Evoking the classic noir feeling that the original movie did, the story opens onto a familiar precipitous vista with a trench coat-toting Ash stalking a particularly elusive replicant known as Yotun. The opening pages drawn by Andres Guinaldo perfectly set the scene with the claustrophobic grimy streets and alleyways that act as Ash’s hunting ground, opening up into seductively rendered cityscapes that instantly transport you back into the world of Scott’s original vision.

Writer Mike Johnson has a proven history of developing and expanding original ideas, having previously brought us the screenplays for Logan and Alien Covenant, and the plot for Blade Runner 2029 is another thoughtful expansion, smartly building upon the concept of a replicant resistance and their interstellar railroad.

Despite a rather reminiscent rain-soaked rooftop standoff, Johnson works hard to add new layers and textures to an already well-established aesthetic. Bloodthirsty messianic cults and 1920’s inspired cabaret clubs are both welcome new flavours but ones that don’t linger long enough before we’re transported back to more familiar story grounds.

However, although the storyline of Blade Runner 2029 Vol. 1: Reunion delivers well on the beats of a noir thriller, it’s a shame that many of the characters feel a little too one-dimensional for their motivations to add any real colour to the mystery and intrigue of the detective work.

As an opening salvo into this broader new world, Johnson and Guinaldo have managed to hit that nostalgic sweet spot of familiarity and extension with a strong third act helping to elevate the story enough to warrant further exploration.

The Space Between Worlds review

Wonder Woman Adventures: Diana And The Island Of No Return Review

Bear Head Review: Get Your Bear Ass To Mars
< Previous
Next >

The Space Between Worlds review

Wonder Woman Adventures: Diana And The Island Of No Return Review

Bear Head Review: Get Your Bear Ass To Mars