For me, timeless stories are the holy grail of storytelling. I love ‘em. Have done all my life, from long before I really understood why I loved them. I just knew that certain tales clicked more than others. And now, years later, they’re what I aspire to creating.

But what do I mean by a ‘timeless’ story? I suspect a Google search will throw up plenty of different opinions on what the word means when applied to art, so here’s the one I’m working to: referring or restricted to no particular time. In this case, I’m taking ‘particular time’ to mean ‘particular real time’, i.e. as opposed to fictional. It’s an outward-looking definition, rather than an inward, in-world one.

Yech. That’s horrible. It plunges smack into the paradox of trying to define something clearly, only to become less clear. So let’s fall back on something less whimsical: a timeless story is one that transcends the era of its creation; it belongs to no era, because it’s set in its own.

Even that definition isn’t ironclad – it needs a whole heap of individual judgement to parse. You can argue that any fantasy story (and a good slew of sci-fi tales) fit that criteria, job done – the vast majority are set in other times and places. Indeed, as a teenager, grasping for terms that defined what I loved, I ended up at ‘science fiction’ and ‘fantasy’ and it took years (and plenty of stories that didn’t click) before I realised this wasn’t entirely true.

If a story feels like it belongs to the Sixties – regardless of when it was actually created – then it’s not timeless. It can be a flawlessly crafted tale. It can be a classic to last out the ages (which is what a lot of folk mean when they use the phrase ‘timeless classic’). But it will always be a Sixties story. Even if it’s chock full of magic, or set on the planet Zarg in the distant past.

To Boldly Stare (Into a Mirror)

I grew up on Star Trek. It’s a wonderful, inventive, inspiring setting and one of the single most influential pieces of popular sci-fi ever. But it’s not timeless. It never has been. Sit a newcomer down in front of a Star Trek show, and they’ll peg the decade it comes from. It’s not just a matter of sets, costume designs and acting styles (though these help), but the sentiments and themes.

The Original Series is a melting pot of cold war propaganda and the ‘Sixties’ social revolution. The Next Generation is full of the ‘Eighties’ spirit of détente, as formerly hostile alien powers embrace the Federation’s One True System of governance and morality. Deep Space Nine showcases the distrust of authority and control that defined plenty of Nineties shows, etc. etc. This continues all the way through to Picard, which deals in opposing close-mindedness and a dearth of political courage. It’s very 2020.

(Voyager may actually be the exception, as I’m not sure it ever really develops a personality, much less a theme. In that, it actually feels more like a 2010s ‘We’ve paid for a brand, what the hell do we do with it?’ production, so maybe it’s the exception that proves the rule.)

I’m not knocking Star Trek. Far from it. As I said before, I love it. Each series is a fascinating mirror to the society of its time, able to explore social and philosophical ideas in the trappings of a show too often boiled down to ‘We come in peace, shoot to kill!’ But in holding up that mirror, it becomes a reflection, bound to the era of its origination. It’s undeniably classic, but it’s not timeless.

Star Wars, on the other hand?

George Lucas’ adventures a long time ago in a galaxy far, far away are not particularly philosophical or incisive. They’re not about big ideas and ponderings on the human condition. But they are timeless. They exist in an era and setting all their own.

Themes play into this. Star Trek dabbles in ethical conundrums, the flashpoint of science and religion, why all countries should be more like America, the nature of life, morality versus necessity, the needs of the many versus the needs of the few (or the one).

Star Wars taps into the battle of Good versus Evil. Finding your place in the world. Freedom. These are simple, sure, but they’re universal. Accessible. Relatable. You can empathise with Luke, Leia, Jyn, Rey and (probably not, actually) Anakin without weighty consideration. You don’t process it in your head – you feel their struggles and share their journey.

As to setting? Nothing exists in a vacuum. Star Trek is almost always allegory for how the writers see America’s place in the world, and it doesn’t take much effort to see the building blocks Lucas used to construct his epic. 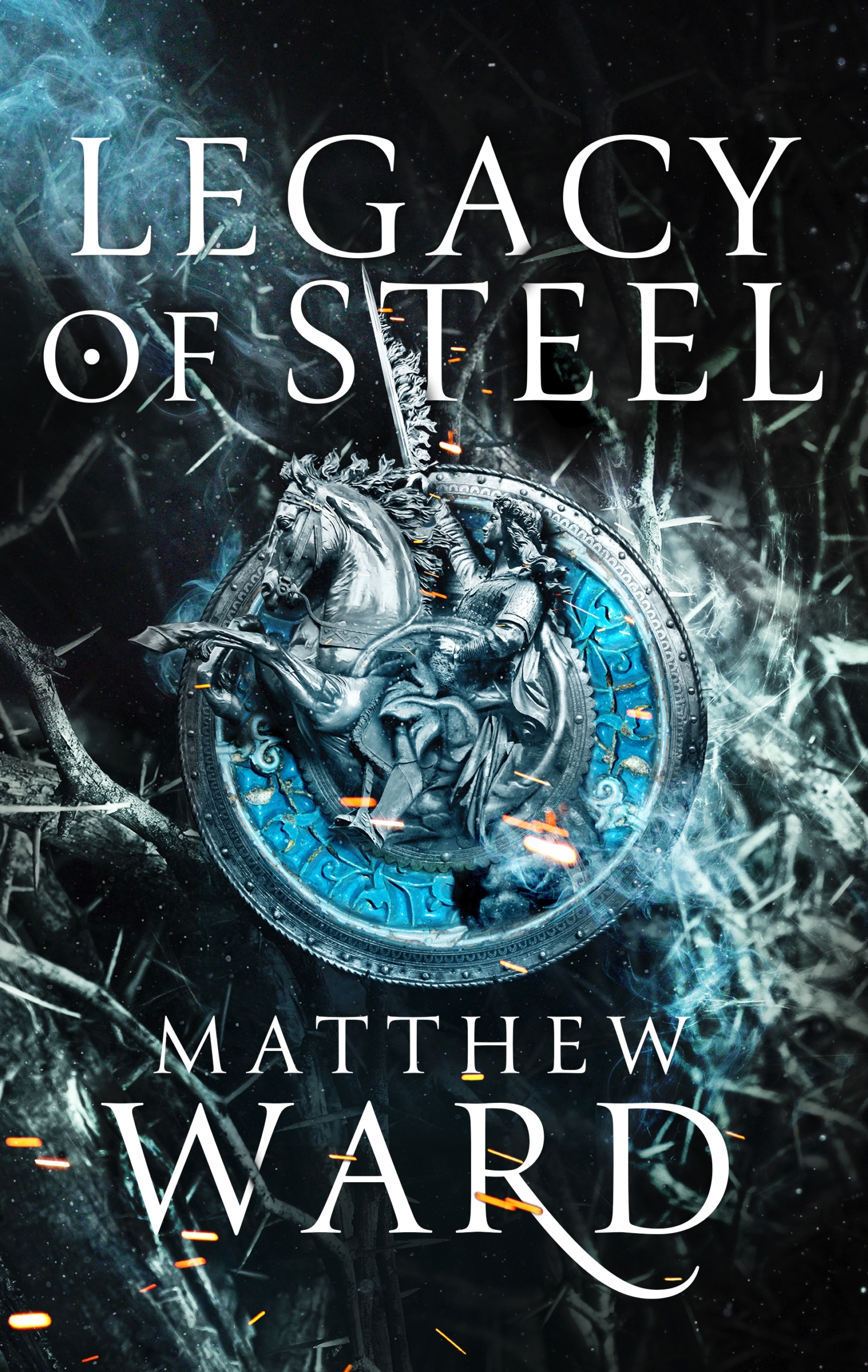 An Odyssey Across Time and Space

The Hero’s Journey is much cited as part of Star Wars’ success, but as I’ve never really been one for ‘how to’ rules of writing and plenty of folk have waxed poetic about Joseph Campbell’s treatise, I’m not going to touch it here. Let’s just agree that we can swap out hyperspace and the Millennium Falcon for the Mediterranean Sea and the Argo (or perhaps the Ship of Theseus, given the state of the Falcon) and nothing of note would change.

And then… Star Wars’ space battles are early 20th Century dogfights and carrier engagements. The Empire are space Nazis (personally, I find the Regency-era British Empire a more fitting comparison, though I appreciate that might be splitting hairs). The Jedi are rooted in romantic ideals of Samurai. Western gunslinger tropes abound. The action serials of the early cinema are homaged all over the place, and so on.

But this mix is the point. In owing debts to several eras, Star Wars belongs to none. Even while borrowing heavily from the real world, it transcends it to become a setting truly its own. Escapism in its truest form. It’s timeless. A timeless classic in the finest sense.

And that’s why, though I adore both franchises, Star Wars is closer to my heart. I watch Star Trek. I experience Star Wars. (Even when the experience isn’t all that great.)

None of this is to say that Star Wars is superior to Star Trek. Both franchises have dizzying highs and excruciating lows in equal measure. They’re also large enough that there are plenty of outliers within the settings that contradict everything I’ve just said. But taken in the round? They make for an interesting contrast.

So, with all that said and done… how do you write a timeless story? To lead us out, I’ll share a few simple rules I use. Well, mostly use. Like I said, I’m not much of one for slavish adherence.

And in truth, none of these are absolutes anyway. They’re more sort of… force multipliers. Push the lever one way, the story tends towards timelessness. Push it the other, and you drop anchor in a particular era, with all the strengths and drawbacks that brings.

Keep your narrative focused on characters, and make it easy to empathise with those characters’ struggles. Survival, revenge, love, freedom – you know, the big stuff.

That’s not to say you can’t have weightier, intellectual themes lurking – they can provoke or underpin more empathic themes – but they should build from your audience’s connection with your characters. This helps said themes grow out of the world you’ve created, rather than relying on familiarity with something in the real world.

Well, your characters’ language. I’m talking here primarily about speech patterns, slang and swearing. If your characters sound too much like they hail from a particular real world place or era, then they’ll will ground the story there as well. This can be useful as a worldbuilding shortcut, but can weigh you down. I find this especially true of slang and swearing, but it does get murky.

For example, F-bombs have been around for centuries, and yet in my brain they feel contemporary – probably because they’ve only become acceptable in media relatively recently. It’s not rational, but audiences seldom are.

That’s why the odd F-bomb in Star Trek Discovery weirds me out. It drags everything screeching back to the present day and breaks my immersion. Suddenly I’m reminded I’m watching a TV show. I can see (hear?) the Great and Powerful Oz behind the curtain. As counterpoint, lesser swears don’t have that effect on me, because I’m more used to hearing/reading them in stories.

Of course, the counterpoint is that if you keep the dialogue too nondescript, you lose benefits of character- and world-building that language can bring. Like everything on this list, it’s all a trade.

Easily the most important thing on this list. We’re all inspired by the real world. Even the most outré act of creation has roots in knowledge and experience. It’s how we combine them that matters. I don’t imagine there’s ever been a writer who, while watching a half-forgotten movie or re-reading a book for the first time in a decade, hasn’t had a moment of ‘oh, that’s where I got that from’. It’s how stories work.

With that in mind, approach your story with the full knowledge that you’re going to crib from other sources, consciously or otherwise. Embrace it, harness it, and ride it gleefully over horizon. When you steal from history, steal from across borders and eras. Recombine the pieces into something new and grand. You won’t regret it. Pieces of different kindling often build the strongest fire.

(Do you like that last line? I borrowed it from a third sci-fi franchise. Which is the point.)

If nothing else, broadening the foundation of your story helps set you free from your own inherent bias, if you let it. Society is always changing, and how your story approaches societal or political issues can ground your story in an era more than you might want. There are dangers along the way, cultural appropriation and perpetuating offensive stereotypes among them, but these are expansive issues in their own right, I’m not really qualified to talk about them. And the truth is, if you’re telling a story, you’ll have to be alert for them anyway.

Live long and prosper, and may the Force be with you.

Legacy Of Steel by Matthew Ward is out now from Orbit.