People love phones. They’re a small appliance that represents our never-ending hope there is something better to do than what’s currently going on. Teens text in class because they’d rather be somewhere else. Business people text under the table. Partners will doomscroll rather than do laundry.

Sure, you can dial 911 on your phone or talk to your doctor, but mostly, it’s a portal to somewhere better. Your next phone call, text, or Tweet could be your fortune calling, or at least an invite to the latest celebrity gossip.

So here goes my college-level essay supporting the premise that phones are all about escapism. God, I miss college. 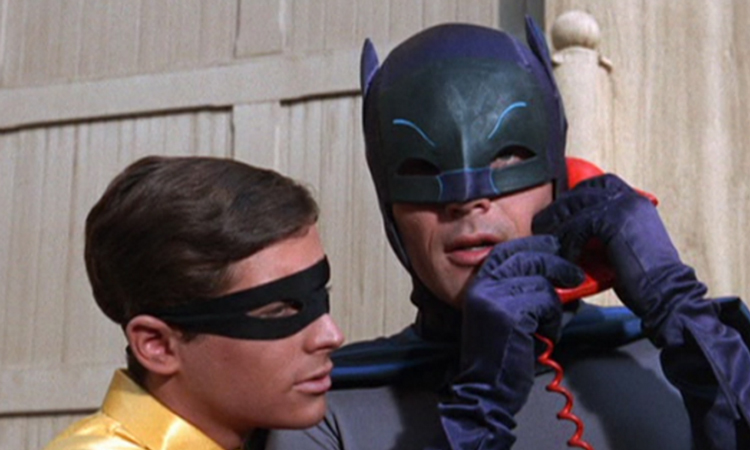 Adam West’s Bat Phone was The Shit, a bright red car phone that served as a direct line to Commissioner Gordon. The Commissioner had a similar red phone that lit up. He kept it in a glass serving dish that looked like it was meant for holding a Bundt cake. There aren’t many reasons to miss the Sixties, but the Bat Phone is one of them.

Who would I want a direct line to? Probably Tim Gunn. If I could pick two, I’d like a three-way with Tim Gunn and Nicole Byer. I know she’d be down. Calm down, Nicole — a three-way conversation! Anyways, why don’t those two have a show?

What guy doesn’t want to be James Bond and be able to page hot chicks? That’s right. Bond had a modified wristwatch in The Spy Who Loved Me, capable of receiving messages from M16. Okay so a pager strapped to your wrist may not be quite as exciting as the exploding wristwatch from Moonraker, but it was still way ahead of its time.  “Do you expect me to talk?” Well, yes. 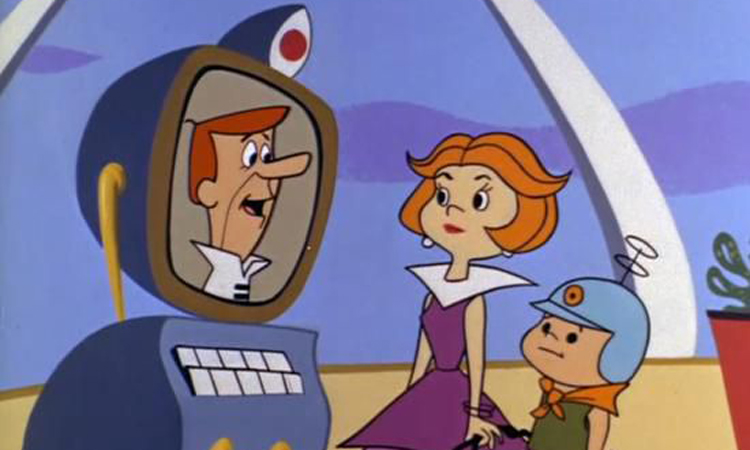 The Phones From The Jetsons

The Jetsons’ phone is another classic; a Fifties imagining of what the future would look like. Except for the fact that it was the size of an Eighties microwave, The Jetsons got the phone right. The show clearly had an escapist, the-future-will-be-awesome vibe, but the phone wasn’t that fun. Just like with actual FaceTime Martha was worried about her bedhead and most of George’s calls were to work.

Not technically a phone. But with a little floo powder you can stick your head in the fire and visit any other fireplace anywhere in the world! My daughter tells me this is a “fire call” or “head-only travel”. This is pretty escapist, if you don’t consider how uncomfortable it would be lounging on the ground in front of the fireplace.

Short phone calls only, I assume. 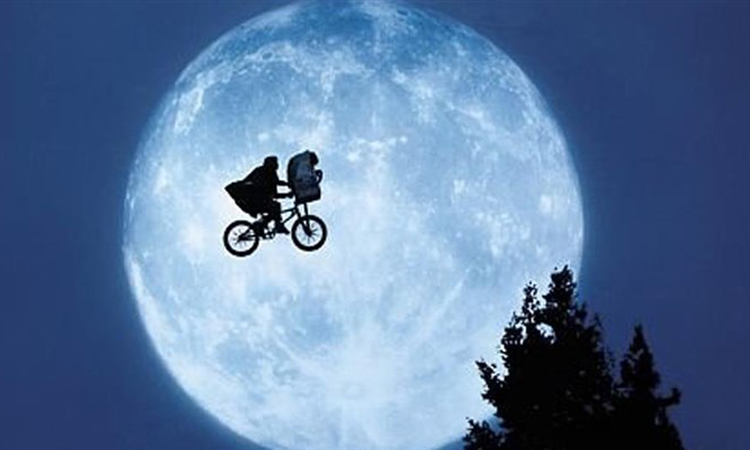 Who doesn’t remember the ‘ET phone home’ scene? Even if you don’t remember the movie, you remember the line. Elliot helps ET make a phone to contact his family in outer space using household items, including a Speak And Spell child’s toy. MacGyvering your way off the planet to your true home. Who doesn’t want to do that from time to time?

In Siri, Who Am I?, Mia, my main character wakes up in an LA hospital in a designer dress with no memory. She writes off her memory loss as inconsequential because she believes her entire life is on her phone. All she has to do is scroll through her Instagram.

It’s really the uploaded consciousness trope. You don’t see this trope in romance too much, maybe Steve Martin’s The Man With Two Brains, which now that I think of it, was really sexist. Was that really about getting a smart woman’s brain in Kathleen Turner’s body or am I misremembering? Anyways, if we’ve learned anything from uploaded consciousness tropes in sci-fi, it’s that something always goes wrong. Usually a robotic uprising of some sort. That’s not what happens in my book, but things do go awry.

I don’t know if that was five phones in film, but let’s say it was. Phones capture our imaginations because they let us escape — the moment we’re living in, the planet, whatever. Speaking of that, I have to go. Commissioner Gordon is calling. Just kidding, I should probably walk the dog or something.

I think I’ll name my next dog Commissioner Gordon.

Siri, Who Am I? by Sam Tschida is out now from Quirk Books.