How can Wednesday be a hump day when we have glorious covers such as this for Katy Rose Pool’s As The Shadow Rises?!

Out this September, As The Shadow Rises is the spectacular second novel in Katy Rose Pool’s Age Of Darkness trilogy – a modern fantasy blockbuster packed with magic, prophecy and adventure.

Katy Rose Pool’s fantasy debut There Will Come A Darkness began an epic tale of thrilling magic, ancient prophecy and five lives who could stop the approaching Age of Darkness – or unleash it.

Now the adventure continues in As The Shadow Rises, as the forces of light and darkness collide – and the end of the world begins.

Not only that but the good folks over at Orbit have also revamped the cover of There Will Come A Darkness to give the Age Of Darkness trilogy a truly recognisable look. Check the cover out below and see them side-by-side – how good will those look on bookshelves! 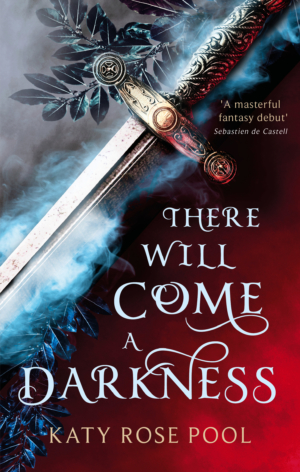 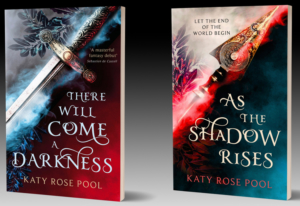 As The Shadow Rises by Katy Rose Pool is released on 3 September 2020 priceed £8.99. The cover’s designer is Duncan Spilling, with photography by Johnny Ring Photography and Shutterstock.