Sinister, omnipotent mega-corporations are a staple of great sci-fi, but do any of their everyday employees ever stop to ponder if they might be working for ‘the bad guys’? And would they do anything about it? This is the question poised by the creators of sci-fi universe, Overhead and their newly released, introductory short, Eddie.

We all know and love (or is it hate?) those ubiquitous and shady mega-corporations at the heart of any good sci-fi story, with their unstoppable thirst for power and money. Weyland-Yutani, OCP, The Tyrell Corporation, you know the ones. Usually these faceless entities are presented at the peak of their powers, woven into the very fabric of everyday life in the worlds they inhabit. But they all must have started somewhere, right? These companies are frequently centred around scientific research, so it follows that at some point in their histories they might have started with at least semi-worthy intentions, only for money and power to ultimately corrupt them.

And so it begs the question, what of these corporations’ scores of employees? You have to wonder, whilst careering down the path to unsightly world domination, do the average Joes ever stop and ponder, “wait a second, are we the bad guys?”. It’s this question that sparked writer, Jon Williams-Nobbs to create the world of Overhead, documenting the tragi-comic misadventures of employees at a typical sci-fi corporation.

For the last couple of years, Jon and I have been developing this idea into a retro-futuristic feature film, asking ourselves “how might a forgotten, dysfunctional team of scientists react to the realisation that they were, in fact, the bad guys”? Would their typically British aversion to confrontation mean they just followed orders, or might they become unlikely heroes and attempt to thwart their nefarious employers? The result is a darkly comic, deeply British sci-fi, set in the 1980s, that’s less ‘guns blazing’ and more ‘put the kettle on, pretend nothing is happening’. It’s a surreal cross between Withnail and I and John Carpenter’s The Thing. If you can imagine that. 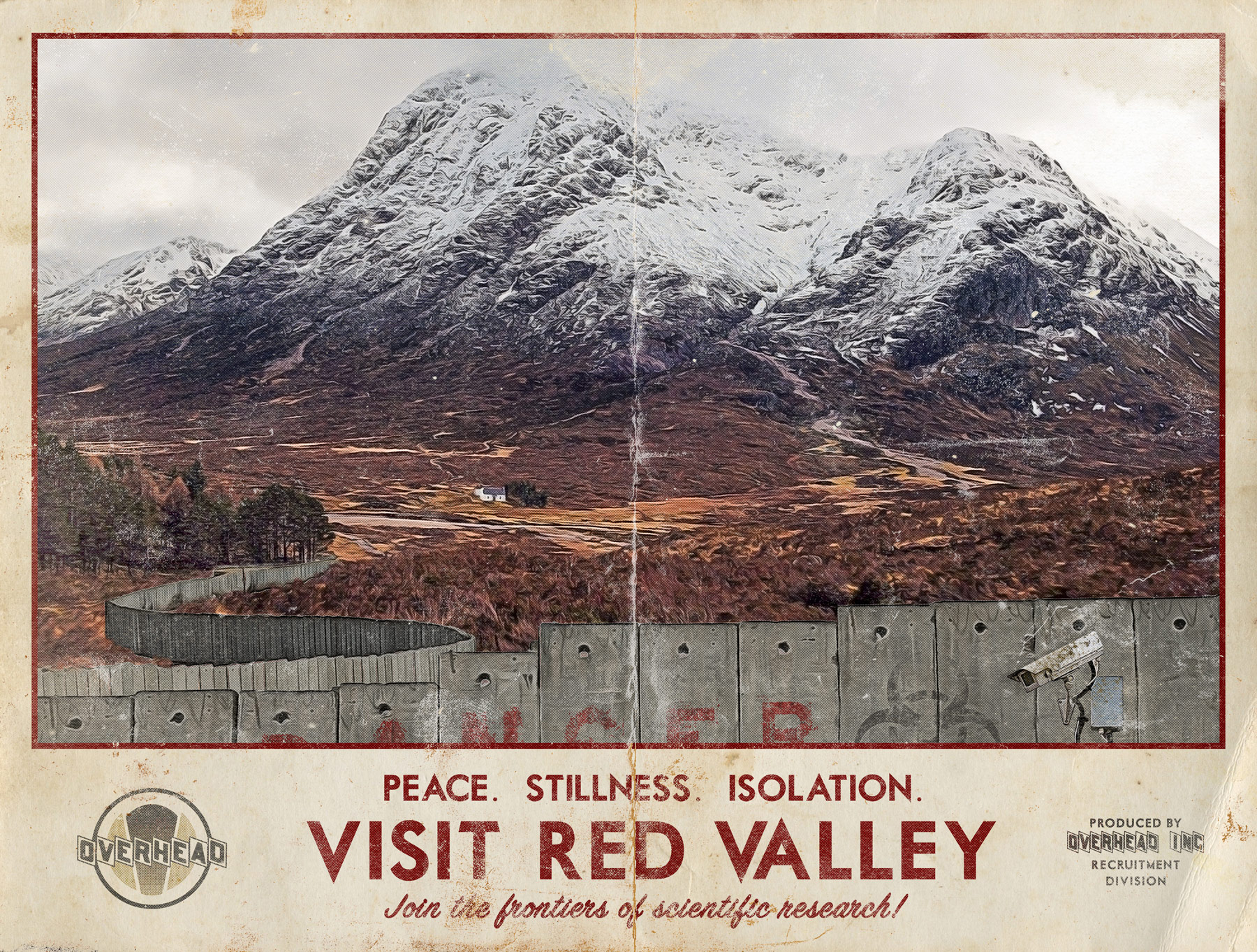 However, like our characters we are but a small, under-funded and isolated team. Knowing we’d need to raise some help and investment to bring this world to life, we decided to make a short film, Eddie, to introduce audiences (and anyone with a wad of cash to invest!) to the Overhead universe. And this week we are delighted to finally release Eddie upon the public.

The short is a standalone story but with a similar theme to our feature, that of isolation and the unglamourous realities of working for a futuristic conglomerate. Deep underground, a second-rate scientist tends a discarded facility, struggling with extreme boredom, a desperate voiceless companion and a mystery he’d really rather not have to solve. It’s a story that will be familiar to anyone who’s ever worked in a basement office with shared washing up duties. 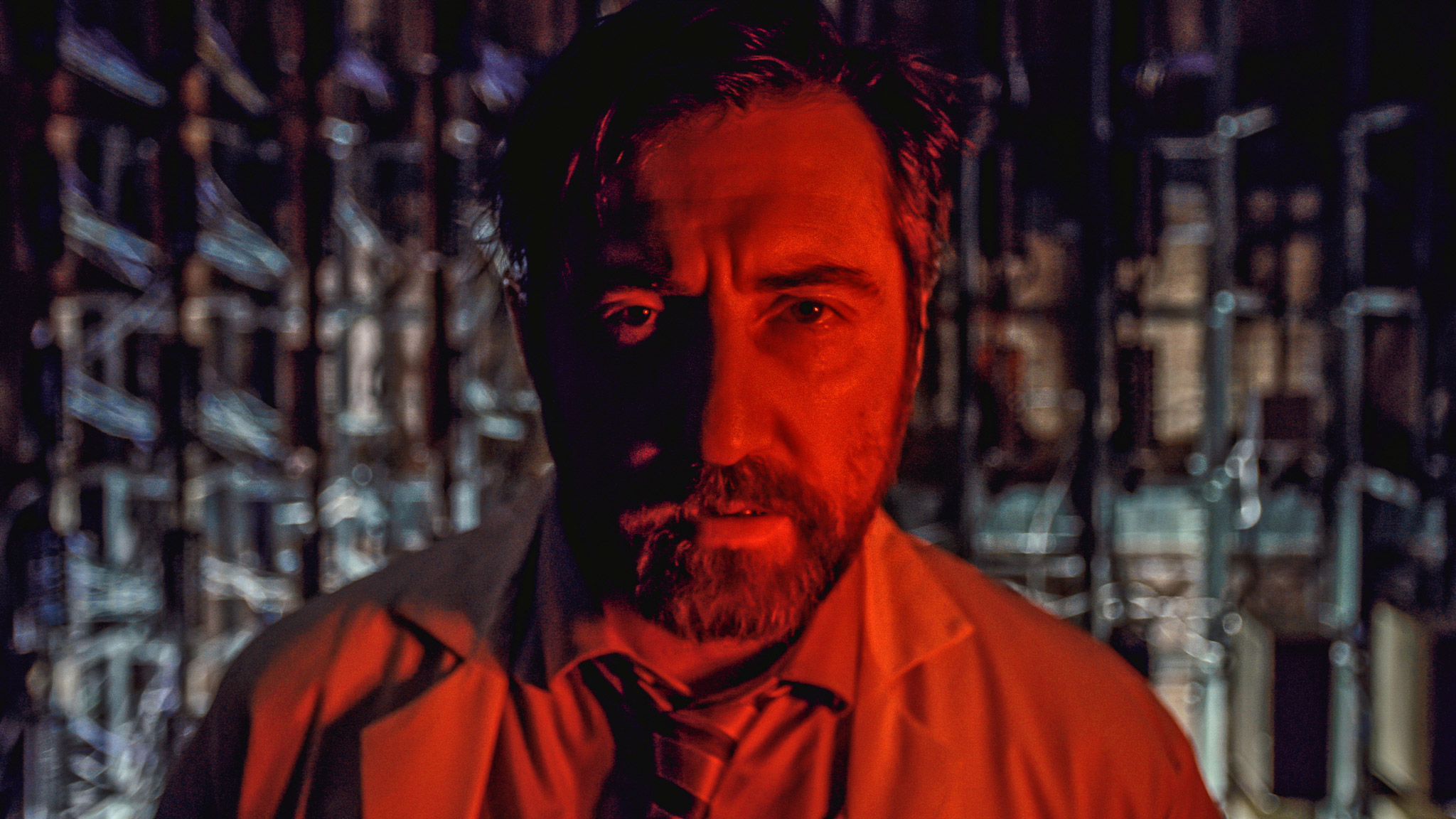 The self-funded short acts as a proof-of-concept for our larger retro-sci-fi world, sharing a lot in common with our planned feature. It incorporates the same location (a real-life 24,000 square foot nuclear bunker that we commandeered for 4 days), the same cinematography and makeup techniques, and the same theme of what befalls the regular people caught up in a sci-fi corporation’s race for progress.

Yeah, yeah… we know, the ‘proof-of-concept short’ is as ubiquitous as any sci-fi mega-corp these days, but like our corporate precursors we’re trying to build Overhead from the ground up. We’ve already begun fleshing out the universe on our facebook page, with art and snippets of video, hinting at the darkness hidden beneath a shiny corporate veneer.

We’ll continue releasing more original bite-size chunks of fiction in the future, but right now, we invite you to watch and share Eddie and help set our future corporate selves on a road to greed and world domina… ahem, I mean, ‘good films’ and ‘listening to our fans’.

John Lynch is the director and producer of award-winning sci-fi short, Eddie. Along with writer Jon Williams-Nobbs, he has been developing the sinister corporate ‘Overhead Universe’ into a feature film. You can find out more about Overhead via the team’s Facebook page.

Eddie is available to watch online from 17 July. Get all the latest sci-fi news with every issue of SciFiNow.