It’s a bit of an understatement to say worldbuilding is a big deal in fantasy fiction. But what first comes to mind when you hear the phrase “worldbuilding”? Is it an inked map with pointy mountains, dashed lines for a country’s borders, and more tea stains than a kitchen countertop? Or is it something more abstract, less geographical, like the intricacies of a magic system or a lineage of power? When you start to think about worldbuilding it’s easy for things to spiral out of control – there’s just so much to consider, and it’s all interlinked! This is part of the joy – and the challenge – of writing in a speculative genre like fantasy.

My next novel, Equinox, is a dark fantasy with a pretty impactful idea at its heart: every physical body in this world holds two personalities, one that lives during the day, the other at night. This, of course, changes everything. I had to consider questions like, how does this affect having kids? How do people hold down jobs? Do people still travel? And so on.

One helpful method I used to manage this creative process was to think about a city: a place where many people of a newly imagined world congregate to live in large numbers. There’s a lot going on in any given city, but each one also has some helpfully concrete (figuratively, and often literally) aspects to hang ideas on: shops, places to eat, homes, pubs, government buildings. I ask myself, do these function any differently in my fantasy story? In trying to answer that question, I start to imagine how people might use a space and then quite a few things about a world fall into place.

But there’s obviously more to a city than simply being a tool for fantasy worldbuilding: fantastical places also tell us something about how cities work in the real world. I’ve picked out five fantasy cities that I think are good examples of the variety of concepts, landscapes, and characters the genre has to offer. 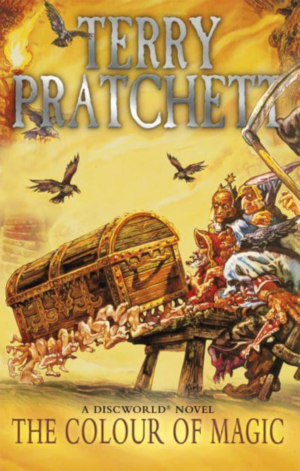 No discussion of fantasy cities would be complete without Terry Pratchett’s Ankh-Morpork, so what better place to begin? The city appears in the very first Discworld novel, The Colour of Magic, but evolves greatly over the course of the series. A grand, sprawling walled-city with a surrounding fiefdom, Ankh-Morpork resembles a historic European city with its ruling guilds, an (Unseen) university, a postal system, a city watch, and a royal mint. In essence, it’s a city of many layers, each one built on top of the other – in some parts quite literally. I’ve always enjoyed this smorgasbord of characters and their histories, which doesn’t just give Ankh-Morpork a sense of scale but also means that no matter how fantastical the specifics are, it still feels like a real place. 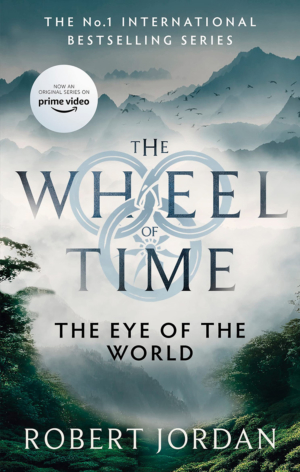 A lively smorgasbord is all well and good, but fantasy is such a broad genre and its cities certainly reflect that variety. While there are many great cities in Robert Jorden’s ‘Wheel of Time’ series, one has forever stood out for me: Shadar Logoth. This once prosperous city consumed itself during the historic Trolloc Wars; it did this by turning inwards, shutting itself off from the world, and fighting the evils of the Shadow by becoming darker and more evil than its enemy. Not the most subtle warning against real-world isolationist policies, but definitely an effective one! This somewhat abstract darker-than-dark fall from grace is given a physical manifestation in Shadar Logoth, known as Mashadar – a vast, mindless, silvery mist creature that haunts the now empty streets, killing indiscriminately. It’s a city that, for me, exemplifies just how far the good/evil spectrum can go in fantasy. 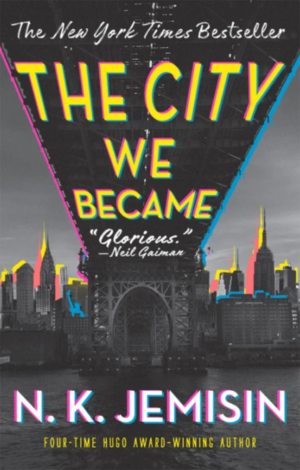 I’m sure it’s no surprise to find an example of urban fantasy on a list about fantasy cities. And though the subgenre can include entirely imagined urban spaces, it also playfully re-imagines existing cities. Sometimes this can involve ‘cities hidden in the city’, but not so for New York in Jemisin’s The City We Became: this New York is as exciting, diverse, and divided as its real-world equivalent. Jemisin explores both the good and bad sides of the urban landscape, the extravagance and the squalor. But most importantly it’s a novel about communities – with each district’s spirit embodied by an avatar. These avatars defend New York against a tentacled cosmic horror that seeks to enforce uniformity (a very knowing push back against the work of H.P. Lovecraft and the like). The novel is an open love letter to a city so many of us think we know, but don’t. With one hand The City We Became shows us that fantasy, while the other hand holds up a different fantasy to bring a reader closer to a kind of true New York.

Besźel/Ul Qoma – China Miéville’s The City and the City 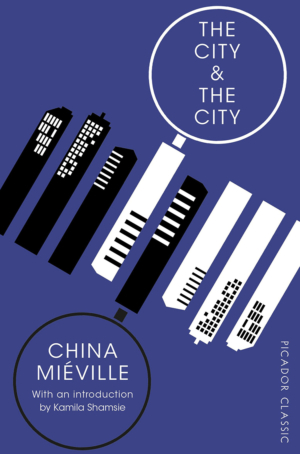 No fantasy text handles the divisions found in a city quite like China Miéville’s Besźel/Ul Qoma. In this work of psychogeography, two city-states inhabit much of the same physical space. But it is up to the citizens of Besźel and Ul Qoma respectively to perceive only the city in which they live, and ‘unsee’ the other. Whether it’s buildings, people, traffic, or some notable action, if it’s in the other city it’s not only to be ignored, but efforts must be made to wipe it from the memory. It’s a brilliant ‘what if?’ scenario – something readers too often solely associate with science fiction, at the expense of other speculative genres. Once a reader has got to grips with the concept, the implications start to become clear. We may call ourselves residents of a particular city, town, or village, but how much of these places do we ignore? What ‘bubbles’ do we create for ourselves, not just through our conscious decisions but also through our unconscious biases? Furthermore, what of contested spaces, where the same urban landscape can mean fundamentally different things to different people? The City and the City explores these concepts and more, while still maintaining a meticulously plotted police procedural.

A final choice here that might surprise a few people, but I ask their indulgence. Many fantasy cities, such as those on this list, can feel so vast and so full of life as to be overwhelming. But I have a very clear memory of reading Robin Hobb’s Assassin’s Apprentice as a teenager and feeling utterly spellbound by the closeness I felt to Fitz and his arrival at the Buckkeep stables. Buckkeep is a fortress, a royal seat, and also a surrounding town, all built high on the cliffs at the mouth of a river. It’s a place Hobb’s readers come to know gradually, and in all the more depth for it. Whether it’s Chade’s secret den and passageways, Burrich’s stables, or Molly’s beaches and alleyways, Buckkeep’s geography never feels far from its characters. While not as extreme a device as Jemisin’s New York avatars, Hobb reminds us that we come to know a city by coming to know its people. And that’s just as important in fantasy cities as it is in any other kind.