If there’s one thing publishers, authors, and readers agree on, it’s that everybody loves a series. The characters you’ve grown to admire, the world you’ve learned how to travel without asking for directions, the best hole-in-the-wall tavern selling deep-fried lembas on a stick – why would you ever leave? But I also love trilogies, which tell a tighter and more self-contained story by limiting the temptation of a sprawling universe to just three books. They also, I think, have the added advantage of feeling oddly familiar to the reader: three just seems intuitive somehow. Without being told, we look at trilogies and think, ‘Ah yes, these stories are shaped like a story: beginning, middle, end.’

The final novel in my ‘Beneath the Rising’ trilogy is coming out in April 2022, following its predecessors Beneath the Rising itself (2020) and A Broken Darkness (2021). It’s been about eight years (hard to tell when you’re used to Earth time) since Nick survived the ending of the second book. If asked, I’m pretty sure he’d inform you that the incident wasn’t the middle of anything; it was clearly, definitively, and undeniably the end, and furthermore could we please go away and stop asking him questions that stir up unpleasant feelings. Unfortunately, asking the past nicely to go away isn’t a winning strategy… especially when the past is comprised of creatures incandescent with rage and out for revenge.

As I was finishing up my own trilogy, I thought about other trilogies I had read and loved – particularly ones where I felt strongly about the ending (whether I thought they stuck it or not!). Below I’ve listed five favourite spec-fic trilogies, some older, some newer, all highly recommended! 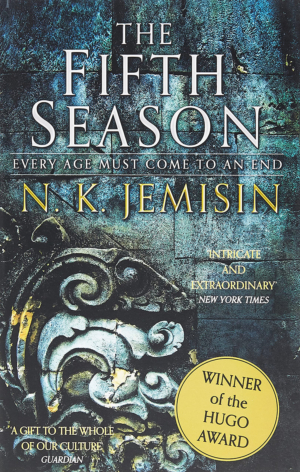 Nothing I can say about this series will speak louder than the awards it’s won or the many thoughtful analyses of its themes of familial loyalty, the battle between perceived duty and personal morality, environmental devastation, and the injustice inherent in acquiring and keeping power. Plus, it’s full of cool geology (and bugs!), a fascinating magic system, a road trip with dangers worse than the hobbits’ journey to Mordor, and intensely real characters. The ending of ‘The Stone Sky’ destroyed me even as I acknowledged it made perfect narrative, logical, and emotional sense. (This was small consolation as I spent the entire weekend in bed recovering from the severe dehydration caused by crying myself half to death.) 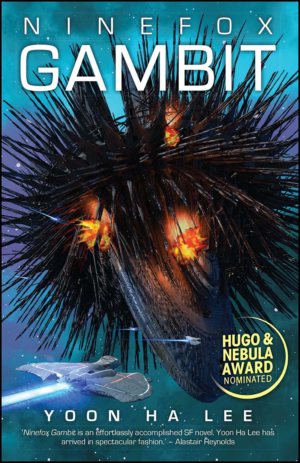 I recommend this series to everyone. I’ve recommended it to strangers I’ve met at the beach on vacation. A fast-paced, intelligent space opera that zooms smoothly between gigantic ship-to-ship battles, warfare, and genocide, and myriad smaller, human cruelties of prestige and nepotism, with some of the most interesting tech I’ve ever seen in any genre. “Any genre?” I hear you saying. “Isn’t this sci-fi? You just said space opera.” Yeah but the calendrical magic, and the… look, just go read it. Its final book, ‘Revenant Gun,’ is twisty, devious, and full of gasp-out-loud moments between anti-heroes and anti-villains. There’s also an accompanying collection of short stories (‘Hexarchate Stories’), but they’re not necessary to enjoy the original three books! 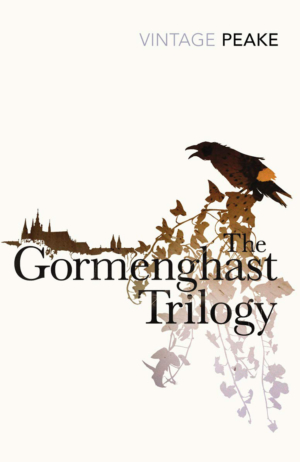 My favourite trilogy of all time, though pretty dry-sounding if described with a pitch line (‘A kitchen boy seeks power in the ancient city-castle of Gormenghast and meets resistance from the last members of the ruling family’). Peake’s extravagant prose brings the story to life with brilliant tangents that sprout off the main plot (who could ever forget Irma Prunesquallor’s dinner party?), extended passages of poetry and song, and luminous, cinematic scenes of battle, exploration, and travel. I never liked the last book, ‘Titus Alone,’ as much as the first two, since Titus leaves Gormenghast in that book and goes out ‘into the world,’ but to this day I still can’t help but grudgingly admire the past few lines – which I won’t spoil here! Peake’s widow Maeve completed a fourth book, ‘Titus Awakes,’ from ‘fragments,’ which I still haven’t read and which I also feel doesn’t count, so I’m counting this as a trilogy. 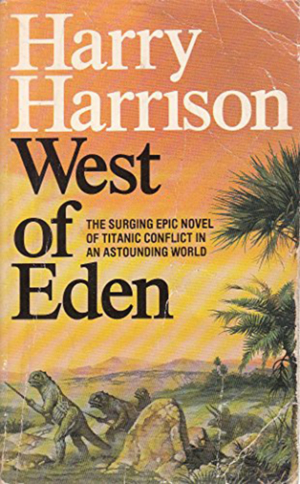 I first read this series as a kid, and being obsessed at the time with both dinosaurs and evolution, this made an impression on my developing little mind like a bowling ball dropped into wet clay. The premise is that ‘the big asteroid’ never happens and hominids don’t become the dominant species on Earth; instead, dinosaurs develop agriculture, language, complex social structures, huge cities, technology to make their lives safe and comfortable, and humans are left outside as, more or less, vermin. The worldbuilding in this trilogy is some of my favourite in all of speculative fiction (which is good, because it does the heavy lifting for a somewhat silly plot – especially the last book, ‘Return to Eden,’ which always leaves me thinking ‘Oh well’ rather than ‘Good ending!’). 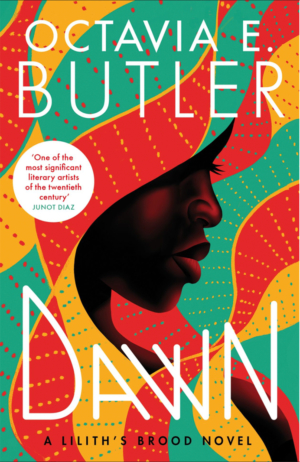 By the time I read this trilogy, also known as Lilith’s Brood, in my early 30s, I’d read what I considered a pretty fair amount of sci-fi. This tale of human extinction and alien colonization still blew my mind with how new and fresh it felt (I clearly remember returning the first book to the library after I’d read about twenty pages – I had borrowed it on the app on my phone – and immediately purchasing all three so I wouldn’t have to stop reading once I finished the first one). I had never read aliens like the Oankali: so clearly, thoughtfully alien (rather than ‘human-lite’ like so many books – whether they looked like us or not, most aliens I’d read about so far were immediately comprehensible to humanity and for some reason shared many of our values and beliefs). The structure of ‘disparate forces – struggling to become one – becoming one’ is also beautifully done, and the final book, ‘Imago,’ ties the first two together in a very satisfying way.