I wrote ION CURTAIN on and off over a few years. That’s unusual for me—as a full pantser/organic author, if I start writing a story and take a break, likely, it’d never finish. In ION CURTAIN, the story’s scope changed as I developed as an author, read things that blew my mind, and played or watched things that made me love science fiction and space opera more and more.

Here are some of the five things that inspired the book… 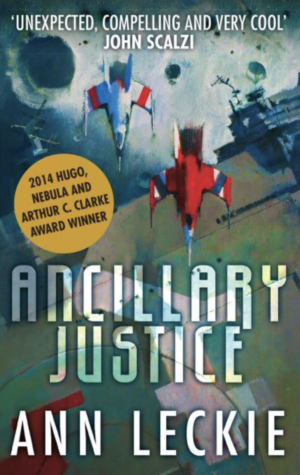 Ancillary Justice changed my life. I remember devouring the first book within a day and then staring into space, awed by what I’d just read. In fact, in the slight chance that you haven’t read the trilogy, I’d suggest doing that right now instead of reading the rest of this article—it’s that good. It changed how I thought about gender constructs, inspired me to improve my world-building and character writing, and got me to look at how gendered my prose sometimes was.

It’s a space opera, an intergalactic political drama, and a beautiful, profoundly moving story about a warship AI that becomes trapped inside a human corpse soldier. It’s also romantic, tragic, and heartbreaking. I loved the ending and think about it now and then. It’s one of the few books my friends and I had all read, and they often had different ideas about it. Please, read it if you haven’t. 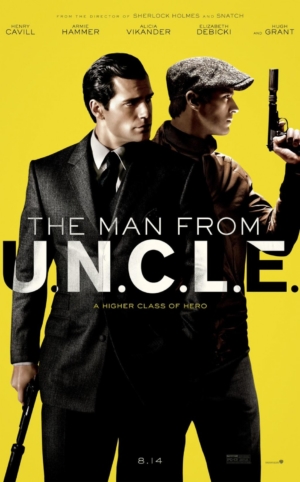 This stylish, Cold War-era spy escapade was directed by Guy Ritchie, and based on the 60s MGM TV show of the same name. Napoleon Solo is an art thief-turned-CIA agent who gets paired up with a KGB operative, Illya Kuryakin. It’s entertaining, darkly witty, and pretty, if only because Napoleon’s actor, Henry Cavill, looks great in a suit. It also has the enemies-to-friends dynamic between Napoleon and Illya, a fractious style of character relationship that I love.

The dynamic against the backdrop of Cold War tensions in the film has inspired how I write Solitaire and Viktor. They start at wildly different places in ION CURTAIN, with opposing allegiances, interests, and personalities. Opposites attract, sparks fly, while things get stolen in the meantime—I write what I like to watch and read. Try the film if you ever feel like you have the time for an unserious, fashionable spy drama. 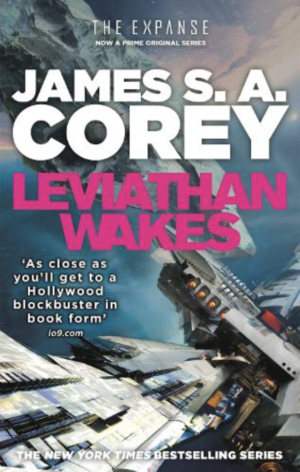 I started reading the Expanse because I love science-fiction noir detective stories. I stayed because of Chrisjen Avarasala—and the Expanse’s intricate, detailed world-building about the basics of travelling around space or what it’d mean to be born in and live in places with different gravity fields. The Expanse also features a world where the UN is now a galactic power, albeit seated in New York City.

In ION CURTAIN, I’ve also tried to pay more attention to the details of what it would mean to have an intergalactic society stratified from existing sociopolitical structures from Earth—not just physically but culturally, in a world where the dominant spacefaring nations are Russia, a Chinese-dominated UN, India, Southeast Asian countries, and Australia. I’ll be exploring more of these dynamics in the books to come, but I hope readers will be drawn into those that feature through ION CURTAIN. 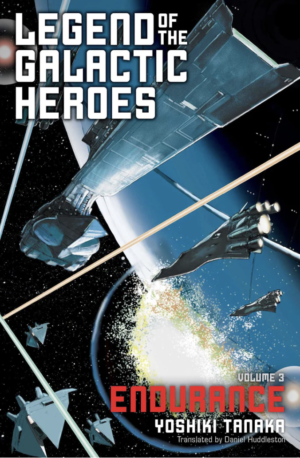 Sometime before the pandemic, I attended the winter Comiket in Tokyo. A close friend of mine was a fan of LotGH. She was there to buy merch, while I tagged along out of curiosity. There, a lady giving out freebies at a booth told us she’d been in the fandom for 30 years. Her favourite character died early in the series—not that it mattered: she was still there, on a freezing cold morning at a booth, excitedly talking to fans new and old. Tokyo also had Iserlohn, a themed LotGH cafe named after a fortress in the series, where one dish involved staff re-enacting the firing of its defensive beam cannon using a blowtorch. That trip, I binged the books.

LotGH is military science fiction set in the distant future, between a monarchic Empire and the democratic Free Planets Alliance, with two genius strategists on either side: Kaiser Reinhard von Lohengramm of the Empire and Admiral Yang Wen-li of the FPA. Characters can die randomly—there’s no plot armour. The books are peppered with large-scale, grand military set pieces and tactics, where entire fleets fight to the death. The books have inspired how I visualise tactical military science fiction, and while I haven’t watched the anime adaptations, they’re on my list. 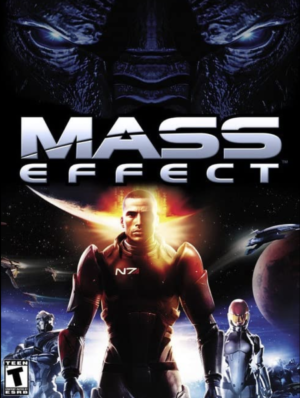 I’ll confess—I was one of those people who played the games for Garrus. Turian characters with great voice acting aside, Mass Effect is set in the Milky Way. It follows a special forces soldier, Commander Shepard, as they face a threat from the Reapers—a fleet of colossal, synthetic sentient starships that cause galactic-level mass extinctions every 50,000 years, but which also created the mass relays through which spacefaring civilisations can instantly travel through the galaxy.

Shepard’s encounter with the Reapers’ Sovereign in Virmire was an excellent set piece, setting the scene for the grand tale of the galactic struggle for survival to come. “Organic life is nothing but a genetic mutation, an accident. Your lives are measured in years and decades. You wither and die. We are eternal,” the Sovereign declares. As Shepard asks why the Reapers even created the mass relays if they knew others would use them, Sovereign responded that it would be because civilisations would be based on the technology, hence developing in the ways that the Reapers want.

In ION CURTAIN, civilisation is shaped by Gates, an open source structure that allows instantaneous travel between them. As such, when one galactic superpower develops a method of interstellar travel without a Gate, the balance of power shifts—inevitably leaning toward war. My love of competent no-nonsense characters (of which Mass Effect has many) also shaped how I wrote one of the ION CURTAIN’s main characters, Kalina.

As you read ION CURTAIN, you’d likely notice other Easter eggs as well, hinting at other things that have inspired me or that I love. Can you spot them all? May you enjoy reading the book as much as I’ve had fun writing it.

ION CURTAIN by Anya Ow is out now.