Molly and Gene Myers rescued Cory and kept him safe from those who wanted to use his remarkable knowledge and power for their own ends . . . and in doing so, they rediscovered themselves and fell in love with a remarkable child.

Now, in Our Child Of Two Worlds, Cory and his new family are having to deal with the consequences of fame – but Molly is more concerned about the future, for Cory’s people are on their way.

This is the time of Woodstock and the moon landings; war is raging in Vietnam and the superpowers are threatening each other with annihilation – but the Myers know there is a far greater threat approaching from the stars, and only Cory’s people possess the knowledge to fight off the invaders.

To celebrate the publication of Our Child Of Two Worlds, the gripping sequel to Our Child of the Stars, author Stephen Cox tells us the five American works which influenced both novels…

The Golden Apples of the Sun, by Ray Bradbury 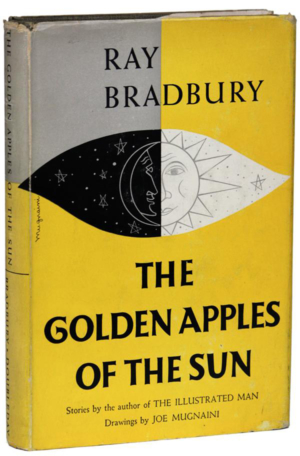 These short stories include several absolute classics. Big gabled houses where odd things happen in the shadows, people who are not who they seem. Small towns perfectly evoked and all sorts of relationships. Lyrical nostalgia, even in space. It was rereading this that spurred me to write a story for Halloween which turned into Our Child of the Stars. 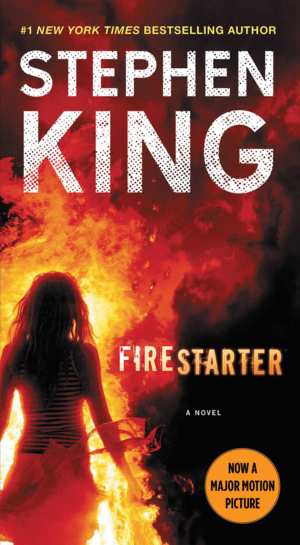 Halfway through writing the first draft of Our Child of the Stars, I realised I was unconsciously channelling Firestarter.

Universally agreed not to be Stephen King’s best, I have a real soft spot for it.  Andy and his delightful young daughter Charlie are chased across snowy north-eastern USA by sinister government forces who already killed Andy’s wife. Secret government experiments gave all three special powers, in Charlie’s case she can set stuff on fire. Oh boy can she. The tender relationship; the contrast between a sweet child and what they can do to protect their parents; sinister people romping around unaccountable; Stephen King well-described normal world with insane stuff in the shadows – check, check, check, check. I particularly like the ending, which is another resonance. My work is also seriously not like the book in several crucial ways.

A Wizard of Earthsea, by Ursula Le Guin 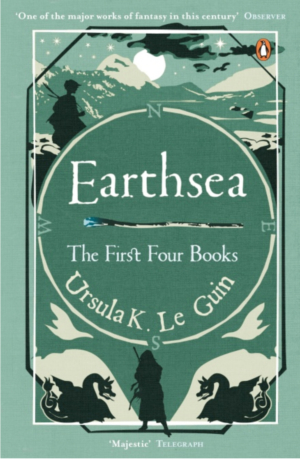 There are books you remember which opened your mind to new worlds. I was probably under ten – I can see myself with the slim paperback of Earthsea, with the silly Penguin cover that made Ged white.

Ursula le Guin centred people of colour, she sketched a world where there was war but where victory was not always a matter of fighting, and having power brought a caution in using it. Ged’s struggle against a force of darkness he unleashed cannot be beaten, it can only be accepted to make him whole. Cory’s people are Le Guin all the way, living without war, famine, and discrimination – violence is an illness to be treated and leadership being a painful thing you’re asked to do, not something you crave. They have ways of being that are alien to us.

A letter from Birmingham Jail, by Martin Luther King 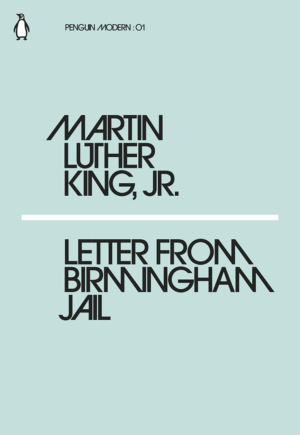 This short fiery and poetic work reminds us that the real Dr King marched against war and poverty – indeed, he died on a trip to support sanitation workers striking for better conditions.

King never claimed that a few legal changes could whistle up an equal society given the history of unequal wealth and power. Mostly the letter is a rebuke to those who asked black people to be even more patient and to comply with unjust laws – reminding us he was fought tooth and nail every inch of the way. Gene and Molly admire him both on peace and on social justice, and they are better than those timid white people he castigates, though the couple’s marching days are over at the start of the first book. Our Child of Two Worlds sees Gene and Molly grow timid, but they turn and at last respond further to his challenge. 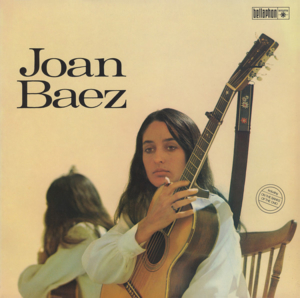 I knew her only through a few songs – beautiful and full of meaning. Once writing I plunged in and listened to everything I could – struck by her passions, her talent, her ability to be where the action was throughout that decade and beyond. This led me to more great voices from that time. She was Molly’s favourite singer, and she turns up off-screen a few times in the book. Both books are written from Molly’s viewpoint, who is very much a woman of the sixties, glad to have a child, but determined to be her own person. I also need Baez in the list to show these are not terse, blokey books.

Our Child Of Two Worlds by Stephen Cox is out now.